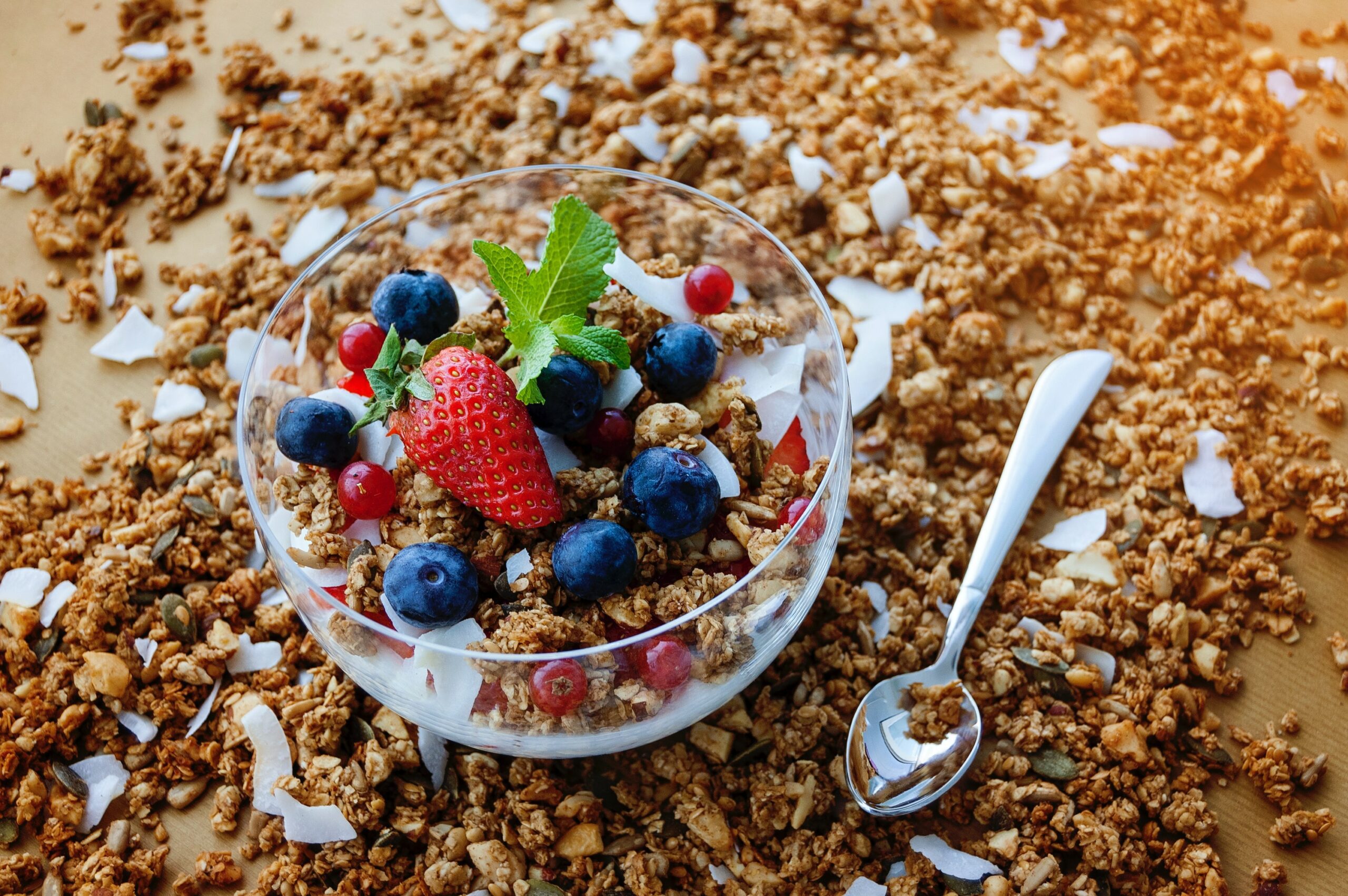 Cakes, crackers, and ice cream—there are good reasons we reach for these foods during a binge.

Both wheat and dairy are broken down into small protein fragments that have effects similar to opiate drugs such as morphine. One book, Wheat Belly by William Davis, explains the addictive potential of wheat and its contribution to current obesity epidemics. Davis assures his readers that eliminating wheat from their diets will lead to weight loss and improved health.

David Perlmutter’s book, Grain Brain, discusses his belief that carbohydrates are the cause of almost every modern neurologic disease including dementia, decreased libido, depression, anxiety, headaches, epilepsy, and ADHD.

Wheat is not necessarily harmful for everyone, and doesn’t always cause bingeing, weight gain, or food cravings. Individuals with sensitivities to gluten, however, should avoid wheat, as it can contribute to disordered eating behaviors. Although many patients have abnormal reactions, eliminating gluten is not the answer for everyone struggling with disordered eating.

Celiac disease is a sensitivity to the gluten found in wheat and other grains, meaning that the body mistakenly identifies gluten as a foreign invader and launches an immune attack. Digestive problems and nutritional deficiencies are common consequences of untreated celiac disease. In one study, the mortality risk of people with undiagnosed celiac disease over a forty-five-year period was four times higher than that of people without the disease.

In undiagnosed celiac disease, malnutrition and malabsorption can fuel an increased appetite and trigger binge eating episodes along with disordered eating. When your body isn’t obtaining an adequate supply of nutrients, it will send signals to your brain to prompt you to eat.

The treatment of celiac disease, however, requires you to avoid all gluten products.

Another peptide implicated in binge eating and disordered eating is casein, which is found in dairy products. During normal digestion, both gluten and casein are broken down into amino acids that can then be used to create hormones and neurotransmitters that are essential for a healthy, functioning body.

When we consider that opiates are some of the most powerfully addictive drugs on earth, it is no wonder that dairy and carbohydrates are often staples of binge eating. From brie to cheddar to feta to mozzarella, many people find cheese to be one type of food they simply cannot live without. Cheese is a food with a particularly high concentration of casein. It takes ten pounds of milk to produce just one pound of cheese, making cheese a highly concentrated source of casein. In some people, this opioid peptide in concentrated form triggers symptoms of addiction.

When a person consumes casein or gluten, the body breaks these proteins down into amino acids that are then absorbed into the bloodstream. For the intestine to digest these amino acids, the body requires a special digestive enzyme called dipeptidyl peptidase (DPP-IV) that is used to “snip” these peptides into individual amino acids.

Some people lack adequate amounts of DPP-IV; others cannot break casein and gluten down because they consume such large quantities of casein- and gluten-containing foods that their body’s supply of DPP-IV is overwhelmed. Moreover, for DPP-IV to function properly, the body needs an adequate supply of zinc.

Regardless of the cause, an insufficiency or under-functioning of DPP-IV results in an inability to fully break down casein and gluten into amino acids. When the function of DPP-IV enzyme is compromised, casein and gluten are broken down into the larger peptides casomorphin and gliadorphin. These morphine analogs can stimulate the brain’s craving and lead to dairy and gluten addiction.

When casomorphin and gliadorphin enter the bloodstream, these opioid peptides travel into the brain. High blood levels of gliadorphin or casomorphin can cause addictive cravings for wheat or dairy products and alter mood in a way that complicates appetite problems.

For those who find the effects of gliadorphin and casomorphin pleasurable, products that contain gluten and casein can become impossible to resist. When the gratifying effects of casomorphin and gliadorphin wear off, individuals hooked on these substances experience withdrawals that can only be relieved once they eat that next piece of cheese or slice of cake.

Withdrawal from casein and gluten, particularly heavy cheese consumption, can be just as debilitating. Patients exhibit signs of irritability, anger, anxiety, and depression—effects that mirror withdrawal from opiate drugs like heroin.

The experience of one patient Debbie serves as a dramatic example of biochemistry gone haywire through the effects of casomorphin. Debbie was a sixteen-year-old girl with out-of-control eating behaviors that led her family to lock the pantry door in their home because of her nighttime binge eating.

Urinary peptide testing revealed that she had elevated casomorphin levels. Her parents removed cheese from their home, but on a number of occasions discovered that Debbie had sneaked out of the house to obtain cheese at a friend’s home or from a convenience store. Eating cheese provided her with a neurochemical “calm” similar to morphine.

If testing reveals that you have high levels of casomorphin or gliadorphin in your urine, you have found one answer to binge eating. If levels of gliadorphin are abnormally high, eliminate foods containing gluten such as crackers, muffins, pasta, and pizza. If casomorphin levels are abnormally high, eliminate foods containing casein such as cheese, ice cream, milk, and yogurt.

In both cases, you should avoid these foods for at least six months, if not permanently.

Withdrawal symptoms are similar to those from other opiates, including irritability, tremors, cravings, or sweating. To help address these uncomfortable symptoms, you need to taper off gluten and dairy slowly, particularly if cheese is your “drug of choice.”

It is important to test for elevated levels of casomorphin and gliadorphin before you eliminate foods containing these proteins. Unnecessarily removing major food groups from your diet can cause deficiencies that can lead to health problems.

The opiate peptide test is a first-morning-urine test that can be completed at home and sent to a laboratory to be analyzed. Though it is not always covered by insurance, the cost of the test ranges between $100 and $300.

Eliminating foods that may fuel an addictive process—excessive sugar, as well as wheat and dairy if your tests reveal sensitivities to gluten and casein—is a fundamental answer to appetite control. Remember that binge eating and food addiction are biologically-based problems and therefore require biologically-based solutions.