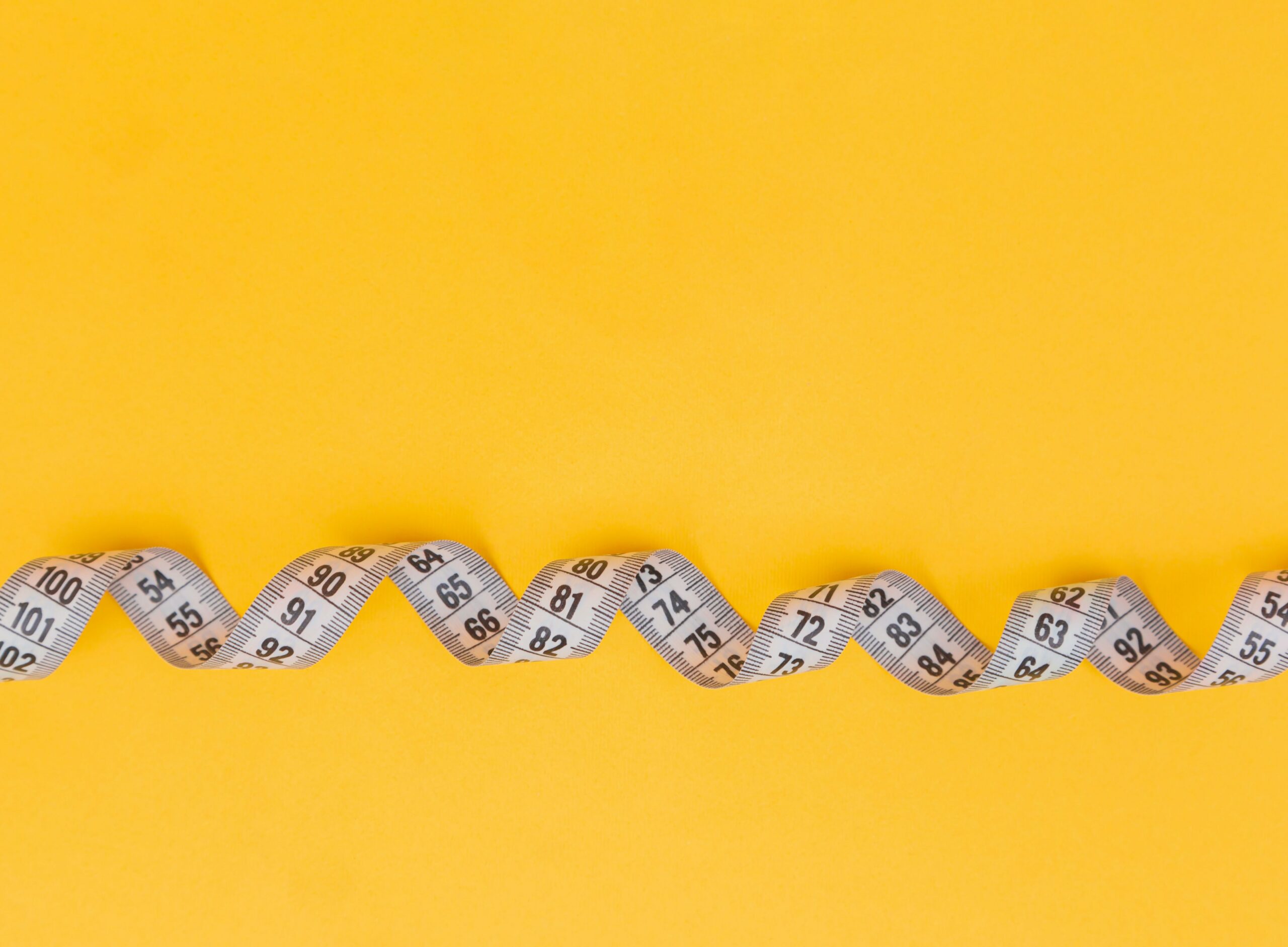 Anorexia is not simply “a desire to be thin” taken to the extreme. It is a complex, multi-faceted disorder with physical, mental, social, nutritional, and genetic components. When an individual stops eating, it’s the malnutrition that arises subsequent to self-starvation that contributes to clinical symptoms, as well as the difficult (and often lengthy) recovery process.

The factors that contribute to the onset of anorexia nervosa may be unrelated to those that sustain the illness, and cause such emotional turmoil for patients and their families. That’s why focusing only on the psychological components of anorexia is often not enough. To ensure complete recovery, the malnourished brain needs to be provided with sufficient essential vitamins and minerals so as to repair it and restore its normal function.

The very first denial of food by the individual with anorexia, and the fact that the denial gives the person an intense feeling of emotional satisfaction, is not something that is well understood. That said, the research and medical communities have made inroads, and we do understand something about why a person chooses to self-starve in the first place. Based on available evidence, it appears to be a combination of different risk factors, including gene expression and pre-existing nutritional deficiencies, that interact and produce a continuum of anorexia susceptibility.

The fact that current “gold standard” anorexia treatment models are characterized by a prolonged recovery process often mired with relapse is a testament to the fact that the models themselves—ones with which psychiatrists have been working with for over half a century—are desperately in need of improvement. A new paradigm for understanding and treating anorexia is necessary. Research is ongoing in this area, and novel approaches to treatment are actively being explored by scientists around the world.1,2

While clinical therapeutics improve and studies continue to make progress, there remains a significant hurdle to treatment and recovery that nearly all physicians, concerned family members, and patients encounter, regardless of model, regimen, or approach.

Anorexia patients generally do not want help, at least not initially, and it is here we encounter the hurdle: getting the patient into a treatment program. Some people with anorexia may vehemently and aggressively reject medical therapy; others may deny that they have a problem, occasionally to the extent that they maintain a sense of superiority about their symptoms, dismissing others as “weak” for letting their bodily needs (i.e., hunger) dictate their actions.3

Getting a patient into treatment, and from there getting him or her to engage in therapy, is absolutely critical. The success of any treatment depends in no small part on the engagement and willing participation of the patient, reflecting his or her choice to seek—and accept—help.

To best engage the individual with anorexia in treatment, it is important for us to establish a working understanding of the disorder that goes beyond standardized diagnostic codes, labels, and classifications, and is inclusive not only of the physical aspects of the disorder but the mental aspects, too.

There is a critical piece of the puzzle that is often discounted, despite the fact it bears heavily upon potential therapeutic outcomes (not to mention the ease with which a patient may or may not be engaged successfully in treatment). This piece is the role that unrelenting anxiety plays in anorexia nervosa and the ways in which pathologic fear influences the course of the illness.

The Corrosive Effects of Anxiety and Pathologic Fear

Every patient with anorexia nervosa whom I have treated has struggled with anxiety. Many patients can readily describe the constant sense of pathological fear that envelops their lives. Such panic has been likened to the emotion experienced by a parent who suddenly realizes that she has lost a young child in a crowded public place. Imagine the sheer, consuming terror!

Some anxieties are general in nature—worries about the future, for example—whereas others are more specific, and may be triggered by certain situations or contexts such as public speaking, traveling to a new location, or encountering a feared animal.

For people with anorexia, however, anxiety takes on a new dimension. Individuals with anorexia nervosa experience extreme, pathological fear about their body, their weight, food, and calories constantly—every moment of every waking hour, seven days a week.

It is the sheer intensity of this anxiety that explains, at least in part, the restrictive eating behaviors that are hallmarks of anorexia. Put simply, patients just “feel better” when they restrict because restricting food helps them to soothe their omnipresent anxieties.4,5 As physically painful as it is, self-starvation is a rational, even welcome choice when the only other alternative is living life awash in overwhelming anxiety and fear.

Patients, at their core, seek relief. They articulate, in so many different words, that they want to be free from the anxiety and intrusive thoughts that control their lives. They long to stop feeling extreme, life-threatening panic on a constant and daily basis. Their pleas for help are desperate and gut-wrenching.

Excessive exercise in people with anorexia is a highly reinforcing behavior: the more frequent and intense the workouts, the calmer they feel. Patients with anorexia often exercise beyond what is considered reasonable or healthy, to the point that the regimen can become harmful to the body.

Many traditional eating disorder treatment programs focus on progressing patients along two major avenues towards recovery: psychological rehabilitation, and weight gain. Now psychology absolutely plays a role in the emergence and maintenance of anorexia nervosa—in some patients, a significant role—there are several types of therapy that research has demonstrated to be helpful. Then there is weight gain, which appears blatantly obvious as a critical outcome for anorexia treatment and which many physicians and treatment centers prioritize heavily.

Obviously, it is necessary for the anorexia patient to achieve a healthy body mass index (BMI), and the restoration of a healthy body weight should absolutely be a goal of any treatment protocol. But not all calories are created equal, and just because a patient achieves a certain benchmark weight status does not mean her health issues have been resolved.

One of the keystone concepts I’ve observed is that “normal” bodyweight does not at all indicate that biology is normal! I’ve had countless patients arrive in my office with what many doctors would classify as a normal, even slightly above-normal BMI, and it is because of these patients that I know that some other doctors may have stopped their assessment right there, seeing no need to investigate further.

To convey the importance of self-starvation and resultant malnutrition as the underlying mechanism that perpetuates anorexia, I propose a new term for the disorder: malorexia.

This word “malorexia” incorporates the Latin root “mal,” which means “bad” or “ill,” and the Greek term “orexis,” meaning “appetite” or “desire.” This is distinct from “anorexia,” which means “lack of appetite.” “Mal” is a reminder that “bad” nutrition and “bad” intestinal absorption are inherent in an illness of starvation.

I would describe malorexia this way: a complicated illness of restrictive eating and self-starvation initiated by multiple factors that together contribute to severe malnutrition and biochemical disturbances in the brain.

When the brain does not receive essential nutrients such as amino acids, zinc, essential fats, and B vitamins, it cannot function normally. Malorexia—a distant relative of vitamin deficiency diseases such as scurvy and pellagra—is the clinical result of any pathway that leads to the restriction of essential nutrients and a malnourished brain and body.

People with malorexia also have a disorder of pathological fear. Their feelings of overwhelming panic and anxiety are so powerful that the feelings take on a life of their own, driving the individual’s self-destructive behavior.