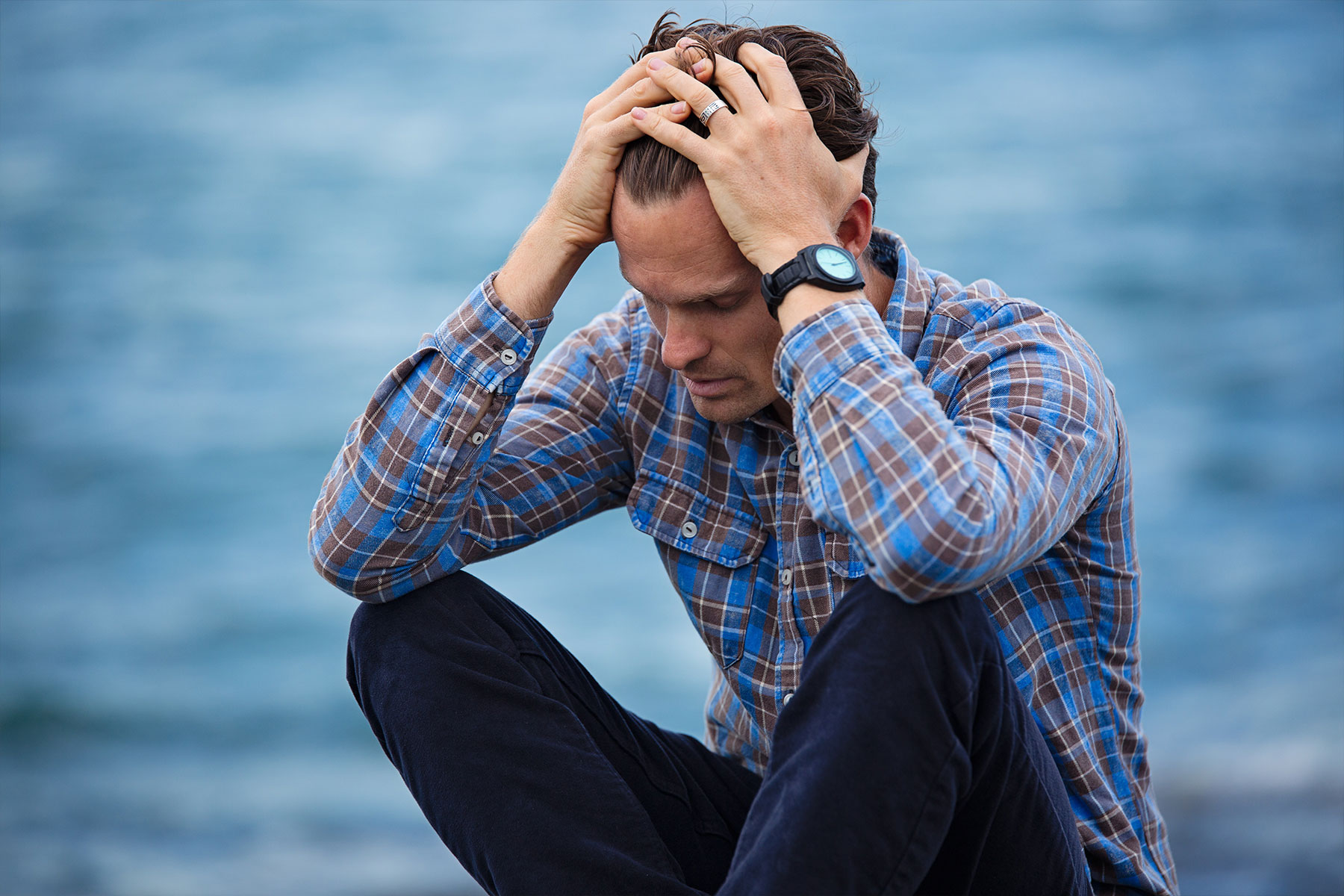 Depression is a disabling illness that can strangle one’s life and spirit and severely reduce both psychological and physical well-being. It is surprisingly common, affecting more than fifteen million people in the United States alone; however, standard treatment for depression brings about a complete recovery or nearly complete elimination of symptoms in only thirty-three percent of patients, and in roughly seventy percent of those, depression happens again.

Most of us do not need numbers to know that depression is a widespread problem that is difficult to solve: we see the devastation in our lives and in the lives of family members and friends who have it. I have listened to patients suffering from depression for more than thirty years, and it is very clear to me that our current treatments are not enough.

Let’s consider what happens when the typical patient visits a psychiatrist. In fact, let’s imagine that you are stepping into the office. For whatever reason—because you feel depressed, a family member has urged you, or your family physician has referred you—you’ve made the decision to seek professional treatment. One of the first things you notice when you enter the psychiatrist’s office is that it’s not a familiar medical office. There are no stethoscopes, blood pressure cuffs, or other instruments that doctors use to take measurements of patients. Instead, there are two chairs and a box of tissues.

Clearly, this is not going to be a standard medical exam, despite the fact that psychiatrists are doctors who go to four years of medical school after college, followed by at least four years of special training in psychiatry.

The doctor sits down, offers you a seat, and encourages you to describe your symptoms: “So, what brings you in today?” You may feel anxious because you’re not sure where to begin. But you forge ahead bravely and describe to the psychiatrist how you feel. The psychiatrist writes down these symptoms and interviews you to get the information he or she needs to make a diagnosis.

You start to wonder, “What is a psychiatric diagnosis?” You may continue to wonder how a psychiatrist can make a diagnosis based only on a conversation rather than from tests results or a physical exam. But that’s the way it’s always been done, so you go along with the program. After your session, the psychiatrist may consult the DSM-V, that big, gray book that sits behind her (or him) on the bookshelf. He or she is seeking to match the things you’ve told her to one of the lists of symptoms in the book in order to arrive at a diagnosis and formulate an approach to your treatment.

A Note About the DSM Categories of Depression

As psychiatry became a field of medicine, it became necessary to have clear diagnostic categories so that professionals could discuss and research the difficulties of patients with mental illness. The goal was to create precise categories, but how precise was the science behind their development?

The first edition of the DSM, published in 1952 by the American Psychiatric Association, described 107 mental illnesses. Members of the association voted on the list of disorders to be included; about ten percent of the membership was asked to approve a draft of the initial DSM. Somewhat less than half of those (or five percent of the total membership) voted to adopt the DSM. That means that ninety-five percent of members had no say in a document that would be accepted as the standard for mental health diagnosis.

Exactly what should be labeled “mental illness?” How do we decide if someone is mentally ill? The different “symptom lists” in the DSM are simply the opinions of experts. They can’t be any more than that, for there is no infection, no blood test, or other test that can diagnose mental illness. The best psychiatrists can say is that, “We know it when we see it.” And, apparently, we see a lot of it, for the DSM-IV, which was published in 2003, listed 297 disorders, nearly three times more than the original DSM.

Are there really that many more mental illnesses these days? Or have we labeled every little problem a disorder? That’s a matter of opinion—and opinions change. For example, early versions of the DSM listed homosexuality as a mental illness; modern editions do not.

The current DSM-V was released in 2013 after a decade of editing the previous edition. The DSM-V strives to better represent elements and diagnostic criteria that were lacking in the DSM-IV.

Several structural changes were made in the DSM-V. First, the chapters in the DSM-V were grouped based on symptoms and vulnerabilities rather than scientific or clinical advances. This arrangement allows health professionals to better diagnose and treat patients based on similar symptoms and causes of disease across all groups. Also, the DSM-V became aligned with the World Health Organization (WHO) International Classification of Diseases, 11th edition. Incorporating the WHO will help mental health professionals consistently and efficiently communicate with people on all spectrums of disorders.

The DSM-V not only records the patient’s symptoms, but also the severity of the diagnosis: very severe, severe, moderate, or mild. The DSM-V also attempts to overlap and link related diagnoses.

It’s important to consider what was not included in the hypothetical initial psychiatric evaluation described above.

Traditional psychiatrists do not always ask you about medical illnesses and physical symptoms that you, your siblings, your parents, and your grandparents have or have had.

Rarely would a psychiatrist listen to your heart, monitor your pulse, examine your eyes, look at your skin, or otherwise try to determine if any of your physical symptoms might be related to your depressed mood, lack of energy, or insomnia.

Your hypothetical evaluation did not include a discussion of what you typically eat or which chemicals you have been exposed to. Neither was there any order for laboratory work to check your nutritional status and hormone levels or measure the environmental toxins that may have built up in your body.

In addition, no attempt was made to discover whether allergies you may or may not be aware of could be affecting your mood.

These omissions clearly show that traditional psychiatry operates on the principle that the brain is the brain, and the body is the body—they are two separate and very different things.

Unfortunately, this separation of brain and body often prevents physicians and mental health professionals from finding the real cause of depression. And patient outcomes suffer as a result.

A Shot in the Dark

Let’s go back to your hypothetical psychiatric evaluation. Now it’s time to decide on the treatment strategy, which, in traditional psychiatry, is often hit or miss. Why? Because too many psychiatrists prescribe medications without understanding the root causes of the disorders they seek to treat.

So they are, in essence, guessing.

Look at it this way. Regular physicians—such as internists, cardiologists, gastroenterologists, and others—offer patients specific medical treatments designed to treat an underlying biological problem. In the case of a bacterial infection, for example, a physician prescribes antibiotics; for high cholesterol, he may recommend a statin drug or exercises and dietary changes to reduce it. An internist or infectious disease specialist studies a sample of blood to determine exactly which bacteria is triggering the symptoms and then prescribes the antibiotic best suited to getting rid of it.

In contrast, many traditional psychiatrists make treatment decisions based on guesses, prescribing one medicine after another, hoping that one, or some combination, will work. Patients usually take multiple psychiatric medications over time and may even be prescribed two or more antidepressants to take simultaneously, in addition to medication for sleep and, perhaps, anxiety. A study published in the Archives of General Psychiatry confirmed this trend, finding that 59.8 percent of visits to office-based psychiatrists resulted in two or more psychiatric medication prescriptions. About one-third of the office visits resulted in three or more prescriptions. And if the first prescription didn’t solve the problem, new ones were offered.

This means that a traditional psychiatrist may try one medicine after another to see what works. More likely, the first medicine won’t provide enough relief, so you’ll be given a second, third, fourth, and even fifth kind of medication. Some doctors keep adding medications without stopping ones that don’t work. This rapidly growing trend, called polypharmacy, is the sad reality of treating depression.

The current, traditional model for the psychiatric treatment of depression is not good enough. New treatments are being researched, but too many patients are still suffering. Psychiatry continues to blame patients for its own failures. You can see this in the terminology that doctors frequently use, such as saying a patient has “failed treatment” and is “treatment resistant.” But if a patient is taking medication prescribed by his doctor and doesn’t recover, who has failed?

We can do better, much better, if we take advantage of the decades’ worth of largely ignored research that shows depression is not “all in your head.” The mind and body are one; what happens in the body affects the mind. Nutritional deficiencies, hormones, allergies, and other physical diseases are important in the development of depression and, therefore, in its treatment.

Integrative psychiatry combines traditional medical science with nutritional and metabolic therapies. It’s also scientific, basing each and every prescription or recommendation upon objectively measured problems in the body, as opposed to subjectively compiled lists of symptoms matched to equally subjective lists in a manual.

This approach to the treatment of depression is based on the individual biochemical makeup of each patient. It does not ignore medication but rather integrates metabolic abnormalities that may be contributing to unique symptomatic presentations.

Integrative psychiatry is proving to be a powerful therapy capable of delivering real hope and relief to people of all ages and walks of life who are suffering from depression.

Recognizing that nutrition is key to brain health is a fundamental premise of integrative psychiatry. Instead of focusing on just one type of treatment, integrative psychiatry tries to address all factors that may contribute to your depression, bringing together nutritional supplements, medications, psychotherapy, and lifestyle changes.

In an integrative approach to psychiatry, assessment of nutritional factors is standard practice. Identifying and correcting nutritional deficiencies and imbalances often restores brain health, allowing you to live free of symptoms. Because of what we now know about the impact of nutrition upon the brain (and, therefore, on the mind), nutritional assessment needs to be part of mainstream psychiatry.

Nutritional factors are not the only determinants of depression, of course. Integrative psychiatry brings together research findings from genetics as well as from neurobiology. Your genetic blueprints are the tools you inherit from your ancestors, and they have an impact on your biological potential for health and illness. Rather than being random, such differences are often the result of predictable differences in genetics as well as interactions between your genes and the environment. In fact, one third of genetic variations are linked to your body’s ability to use and absorb nutrients. These variations mean that each individual has unique metabolic needs, and that the metabolism of essential nutrients varies from person to person. While genetic predispositions may confer metabolic liability in some cases, understanding them can make a difference in which of your genes are expressed. Genetics is not destiny. 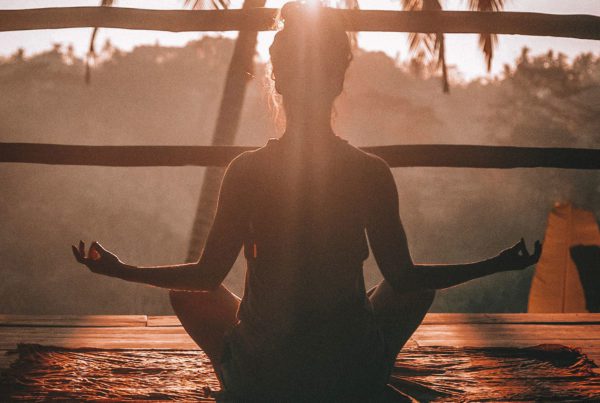 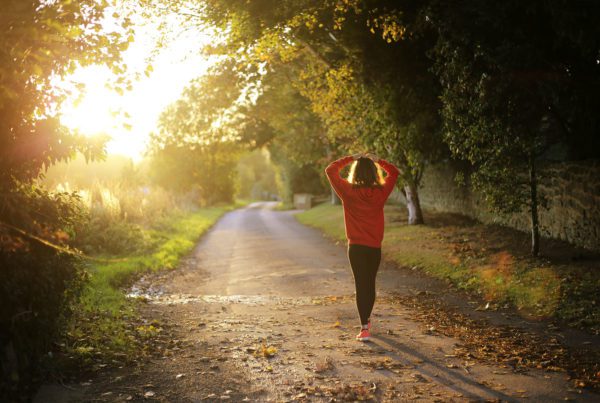 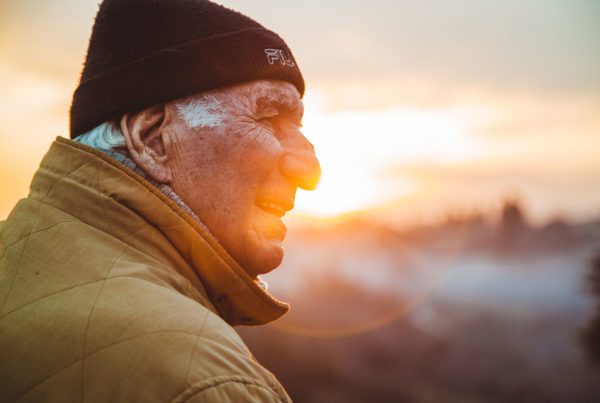 A Functional Medicine Approach for Alzheimer’s