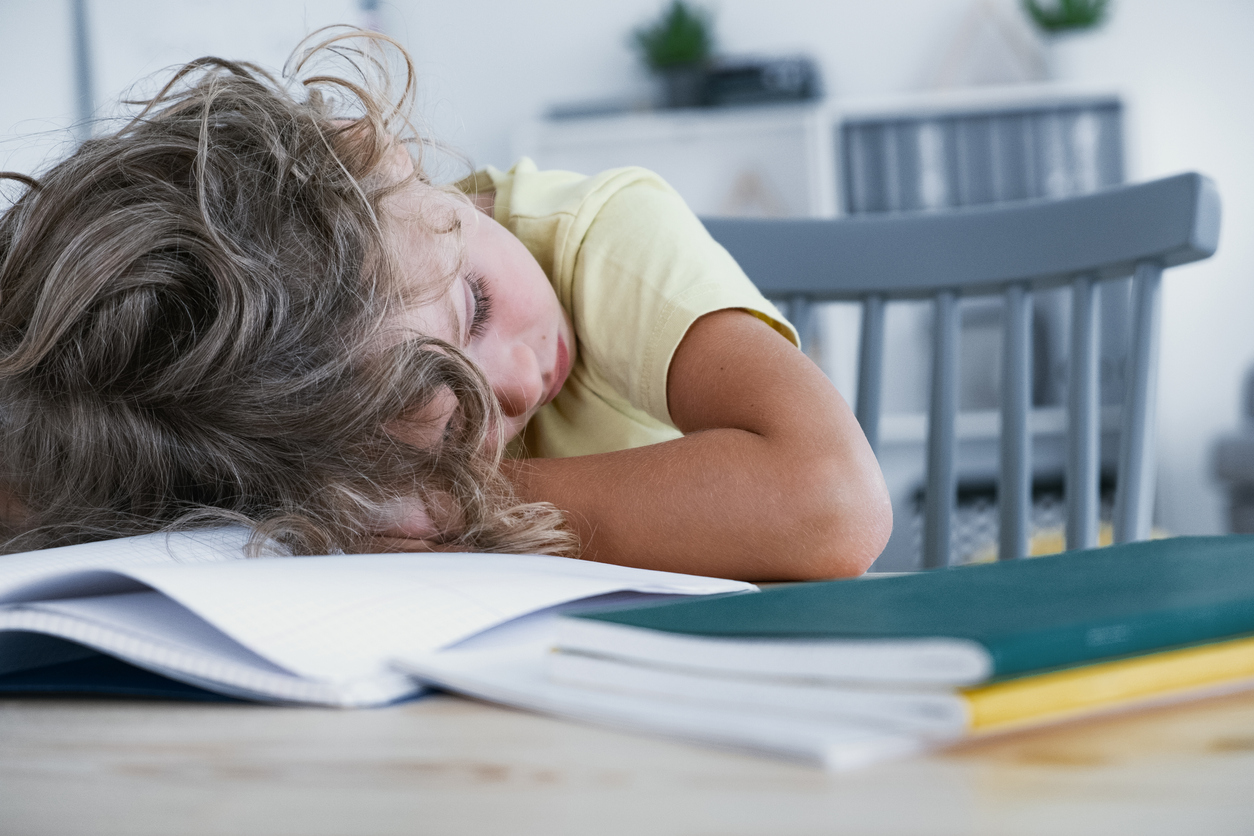 It was 1534, and the crew of French explorer Jacques Cartier were in trouble. They had been ship-bound for months and surviving off meagre rations during their exploration of the eastern Canadian coastline for what would become the French empire’s vast claims to North America. The inevitabilities of life at sea had caught up with them in devastating fashion: Cartier’s men had scurvy. For many seafaring adventurers in that Age of Exploration, the cumulative effects of scurvy were intensifying and worsening preludes to a horrible disease, and often death. Vasco da Gama had lost two-thirds of his crew to scurvy in 1499, and in 1520, while attempting a trans-Pacific voyage, Ferdinand Magellan watched his ranks thin by 80% as scurvy claimed the lives of his men (Lamb, 2011).

However, it seems that luck was on Cartier’s side, as he had befriended a tribe of Quebecois Native Americans in his explorations. Wise in the plant lore of their ancestors, they offered Cartier and his men a medicinal tea brewed from the needles and bark of special pine trees. To Cartier, the healing of his crew surely was not insignificant, and his journal entries are testament to the fact that this mysterious tea saved his men. The ramifications of the Quebecois’ kindness also led to one of the most exciting breakthroughs in the field of nutritional psychiatry: the ancient wisdom of the Native Americans shared with Jacques Cartier in the 1500s has been shown by modern science to be an effective treatment for attention-deficit/hyperactivity disorder (ADHD).

A Traditional Look at ADHD

According to data from the Centers for Disease Control and Prevention (2017), an estimated 6.4 million children aged 4 to 17 are diagnosed with ADHD at some point in their lives, reflecting a 41% increase in the last decade alone. ADHD is characterized by an ongoing pat- tern of inattention and/or hyperactivity–impulsivity that interferes with an individual’s functioning and development. Despite the thousands of scientific research papers published on the illness and diagnosis of ADHD, the etiology and treatment recommendations from medical and psychiatric professionals have changed little over the years.

The prevalence of ADHD today has given rise to wide- spread professional and public awareness, as well as a myriad of treatment approaches ranging from behavioral to pharmaceutical, while the  concomitant  surge in research churns out new scientific  data  that  seem to upend every firmly held assumption on which these treatments have been based. Studies from around the globe are  impressively  united  in  their  contradiction  of the long-held belief that ADHD is a “kids’ disorder”. While ADHD typically manifests before puberty, new research has revealed that the disorder is lifelong, with prevalence rates amongst adults being nearly identical to those observed in children.

Perhaps most fascinating is the ongoing research exploring the genetic and biologic underpinnings of ADHD. While parents are primarily concerned with the behavioral manifestations of ADHD and strategies for symptom management, researchers have identified multiple biological changes associated with the behavioral and cognitive issues associated with ADHD. There is a growing body of unequivocal empirical evidence that validates ADHD as a neurologic, brain-based disorder represent- ed by numerous biological abnormalities, so that what is observed as atypical behavior is merely the tip of a very large ADHD iceberg, the base of which can extend to an individual’s genetic blueprint and biochemical makeup. A comprehensive list of the neurobiological changes that have been found to be associated with ADHD exceeds the scope of this article; however, a sampling of such a list would include the following:

The emerging research on the pathophysiology and neurobiology of ADHD has consequently forced us to reexamine the ways in which we approach ADHD treatment. No longer can ADHD be thought of as a behavioral disorder. We now know that ADHD involves changes and functional abnormalities in specific brain regions, brain networks, biochemical processes, and even systemic metabolic processes. A disorder this complex requires a treatment approach that is equally multi- faceted. Unfortunately, however, the reigning ADHD therapeutic paradigms utilized today are largely one-dimensional.

The administration of stimulant medications has long been the first-line treatment for ADHD, and drugs such as methylphenidate and dextroamphetamine are commonly prescribed to children as young as 3 or 4 years old to control restlessness, agitation, and impulsivity. By stabilizing dopamine levels in the brain, stimulants can affect an ADHD patient’s scholastic performance and social functioning, and they have been successful at improving grades, self-esteem, and social relationships. Although the administration of pharmaceutical drugs treats the symptoms of the disorder, it fails to address the causes of ADHD. For some, the eradication of  “problem behaviors” in the ADHD child is sufficient; yet stimulant medications range from parent training, psychotherapy, medications, neurofeedback, and behavior therapy, some of which have been proven effective. Methods such as neurofeedback target imbalances and cognitive abnormalities that underlie adverse ADHD symptomatology.

If we return to the 1500s, we now know that Cartier’s men were actually given a natural compound by the Quebecois that is found to have significant neurophysiological properties that improve symptoms observed in ADHD. These plant-derived compounds are known as oligomeric proanthocyanidins (OPCs), and while it may be premature for us to call them a miracle cure, mounting empirical evidence demonstrates that OPCs are a safe, natural, and efficacious treatment strategy in supporting cognitive function in clients with ADHD. To the ADHD patient, practitioner or parent, OPCs are a beacon of hope, substantiated by modern science to effectively address many of the root biologic causes of ADHD.

Science has demonstrated that OPCs directly benefit brain networks, neuron-to-neuron signaling, biochemical changes and metabolic processes that have been identified as underlying factors for many of the symptoms of ADHD. While it is speculative just how exactly OPCs improve cognitive function among individuals with ADHD, the available literature supports OPCs as a safe, naturally occurring, and therapeutic adjunct treatment that can improve cognitive performance and minimize the hallmark ADHD symptoms of hyperactivity and inability to focus. Their use as medicine over thou- sands of years is testament to their efficacy and safety, and modern research has corroborated that they are in- deed effective and safe.

In over three decades of using OPCs to treat patients with ADHD, we have never observed any negative side effects associated with OPC supplementation. Instead, we have observed patients whose thinking becomes progressively clearer once they start taking OPCs. Count- less patients have also reported an improved ability to concentrate and maintain focus, a steady improvement in their ability to read, write, and listen, and parents of patients have shared anecdotal stories about improvements in behaviors at home and performance in school.

The emerging research on the pathophysiology and neurobiology of ADHD is forcing us to reexamine the ways in which we approach ADHD treatment. Thanks to Jacques Cartier and Jacques Masquelier, OPCs are available to today’s mental health professional to offer to his or her ADHD patient as a viable augmentation strategy for relief of their ADHD symptoms.

James M. Greenblatt, MD, is the author of Finally Focused: The Breakthrough Natural Treatment Plan for ADHD that Restores Attention, Minimizes Hyperactivity, and Helps Eliminate Drug Side Effects (with Bill Gottlieb, Harmony Books, 2017). He currently serves as Chief Medical Officer and Vice-President of Medical Services at Walden Behavioral Care, and he is an Assistant Clin- ical Professor of Psychiatry at Tufts University School of Medicine and Dartmouth Geisel School of Medicine. An acknowledged expert in integrative medicine, Dr. Greenblatt has lectured throughout the United States on the scientific evidence for nutritional interventions in psychiatry and mental illness.