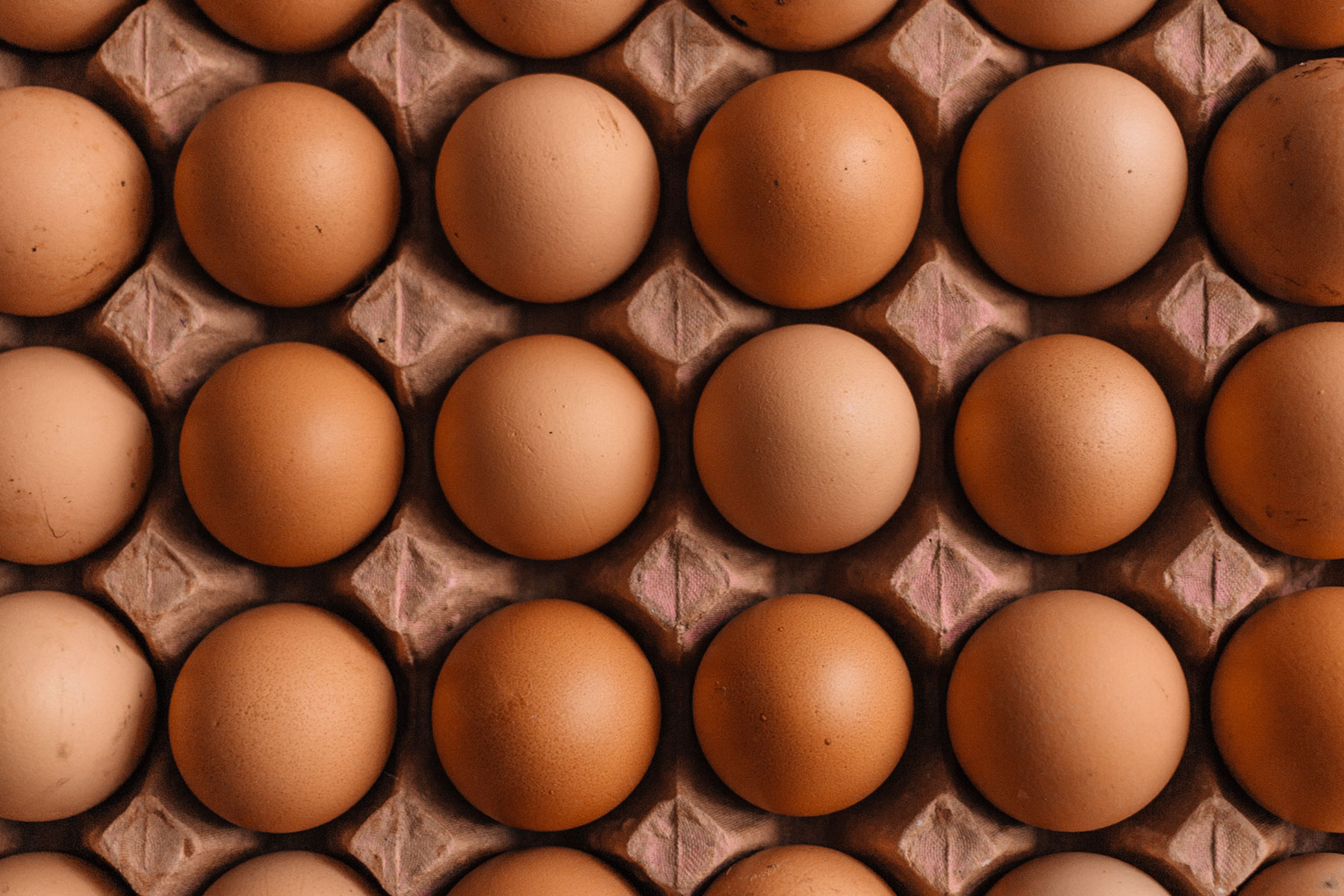 Misleading Messages: What is the Truth about Cholesterol?

The cultural dogma is that cholesterol is an evil villain that needs to be eradicated for true health.  Given the unflagging efforts of the United States medical establishment over the last few decades to lower cholesterol and corresponding media saturation of food and drug promotions boasting cholesterol-lowering effects, it is understandable that most consumers are not concerned about having cholesterol levels that are too low.  Clinical practices appear to uphold the belief that “lower is better”, regardless of significant evidence to the contrary.  Opposing reports from aggressive cholesterol-lowering methods suggest that, for many patients, the potential cardiovascular benefits may come with unforeseen risks to mental health and behavior.  As a matter of fact, in 2012 the FDA was compelled to require black-box warnings on statins as a result of clinical trial outcomes indicating dangerous effects on cognition and psychological symptoms. Further research suggests that while statin drugs and other cholesterol-lowering agents have improved mortality rates for cardiovascular disease, total mortality has not experienced similar reductions, reflecting a rise in death by suicide or other consequence of mental disorders (Sahebzamani, 2013).  A prospective six-year cohort study of approximately 500 older adults provided startling data that individuals with lower serum total cholesterol (less than 6 mmol/L) had a higher risk of dying, independent of health or disease status (Tuikkala, 2010).

Cholesterol is a critical component of human biochemistry; indeed, it is so important that it is regularly synthesized by the liver and other organs throughout the body and is continuously recycled.  As a key structural constituent of cell membranes, cholesterol is essential for intracellular transport and communication, including signaling between neurons.  Synthesis of several hormones and Vitamin D also depend on cholesterol, providing additional clues to the connection between cholesterol and brain health.  In addition to other lipid molecules, cholesterol contributes to the approximately 60% dry weight of the brain composed of fat.  The brain relies heavily on lipids during growth and development and for optimal daily function, drawing on dietary and endogenous sources to fuel its extreme demands for energy.  The increased demand for cholesterol during adolescent brain development underlies the greater risk for psychopathology in teens and young adults.  Concurrent anatomical and neurotransmitter changes beginning in childhood persist until roughly age 21, a critical time when psychiatric disorders often erupt (Gogtay, 2004).

Clinical cholesterol panels measure blood lipid levels comprising triglycerides, low-density lipoprotein (LDL), high-density lipoproteins (HDL), and total cholesterol, which is a function of all three.  Normal values stretch from 125 to 200 mg/dl, and healthy levels vary by age, gender, race, health status, and family medical history.  Although recent media reports dismissed the contribution of high dietary cholesterol to serum status, the debate is far from over and the National Institutes of Health (NIH) continues to recommend dietary restriction of high-cholesterol foods (NIH, 2018).  Despite decades of clinical research and practice, experts still do not agree on “optimal” levels for LDL, HDL, or total cholesterol.  Medical treatment targets vary from lowering LDL, lowering total cholesterol, or raising HDL, leaving the public more confused than ever and creating a general fear of cholesterol.  And while consumers attempt to alter serum cholesterol through dietary and other lifestyle changes, data continue to accumulate showing the detrimental physical and psychological outcomes of fat avoidance.

Like many health paradigms, a reductionist perspective on cholesterol as related only to cardiovascular health has neglected the extensive utility of these important molecules throughout the body.  Lipids including cholesterol play fundamental roles in human metabolism, and “healthy” levels can vary widely between individuals based on a complexity of factors.  David Horrobin, an ardent medical researcher who devoted much of his career to the relationship between lipids and mental health, developed a substantial hypothesis for the role of dietary fats in human anthropology.  He proposed that rapid advances in human evolution that enabled higher intellect and creativity occurred due to increases in fat storage in humans.  Focusing on schizophrenia, Horrobin suggested that the genetic factors influencing the severity of schizophrenia symptoms were the same markers that “made us human” (Horrobin, 1998).

Aggression can describe both physical and psychological behaviors directed towards the self or others, yet each of its manifestations has been linked to cholesterol status.  Violent conduct has been related to low cholesterol levels in patients ranging from adolescents with attention-deficit hyperactivity disorder (ADHD) to war veterans with post-traumatic stress disorder (PTSD) (Vilibic, 2014; Virkkunen, 1984).  While different genetic and biological mechanisms may be at play, cholesterol’s influence on hormones and neurotransmitters may provide at least one explanatory link (Hillbrand, 1999).  Imbalanced neurotransmitters inhibit the normal stress response, triggering expressions of fear at the root of aggressive actions.  A 3-month naturalistic observation of pre- and post-discharge psychiatric patients found significant associations between HDL cholesterol levels and violence, building upon more numerous data related to total cholesterol and highlighting HDL as a potential biomarker for risk of violence.  The authors reported strong evidence that insufficient cholesterol reduces the transportation capacity of serotonin in the central nervous system, interfering with the limbic brain’s affective and impulse responses (Eriksen, 2017).

One of the most disturbing demonstrations of self-aggression is suicide.  A tragically growing public health issue, deaths by suicide are at their highest levels in three decades, increasing 24% between 1999 and 2014 to become the tenth leading cause of death in the United States (Curtin, 2016).  Attempts at self-harm and suicide are also rising in the adolescent population, with data suggesting a 65% increase in girls age 13 to 18 and reports of self-injury ranging from 15 to 30% of middle-, high-school, and college age students (Twenge, 2017).  Low cholesterol status again emerges as a common thread in otherwise healthy suicidal patients and those with depression and eating disorders, showing associations with abnormal brain volumes and Vitamin D concentrations (Grudet, 2014).  In spite of biomarker data obtained from clinical research, suicide prevention through biological strategies remains elusive.

An Integrative Perspective on Cholesterol

Cholesterol levels should be monitored in all patients evaluated for depression, self-injury, and suicidal ideation.  With the number of prescriptions to anti-depressants and cholesterol-lowering drugs continuing to rise in patients young and old, it is imperative for clinicians to be aware of the undeniable influence of cholesterol status in both the etiology and treatment of mental health disorders.  Based on decades of clinical experience in my integrative psychiatry practice, genetic heritability and dietary cholesterol intake are highly predictive of mental health risk.  A family history of aggression, violence, or substance abuse may indicate a heritable metabolic defect affecting normal synthesis and recycling of serum cholesterol and suggesting a need for greater dietary intake.  Furthermore, a personal history of trauma, chronic stress, or eating disorders are flags for potential influences on cholesterol metabolism.

While consumption of high-cholesterol foods continues to be vilified in the battle against cardiovascular disease, inadequate dietary cholesterol is often overlooked.  Consensus on what represents low total serum cholesterol varies, but the normal range identified by the NIH suggests that levels above 125 mg/dL are adequate in most men and women (NIH, 2018).  While many clinicians recommend total cholesterol remain below 150 mg/dL, my concern is triggered in psychiatric patients with levels below 130 mg/dL, particularly in those with restrictive diets or with symptoms of irritability, lack of impulse control, or reckless behavior.  In these patients, gradually increasing total serum cholesterol over a period of three to six months has produced clear improvements in mood along with decreases in aggressive tendencies and any drug cravings.

The treatment protocol I have adopted in my integrative psychiatry practice for safely and effectively optimizing total cholesterol levels typically includes a recommendation to increase consumption of organic eggs, one of the richest sources of dietary cholesterol accompanied by protein, B-vitamins, choline, and other nutrients associated with brain health.  I also prescribe the use of digestive enzymes that contain lipase to enhance intestinal lipid digestion and absorption.  As a second-tier treatment strategy or for patients who avoid or are allergic to eggs, I recommend a supplemental form of cholesterol at a dose based on the individual’s cholesterol status.  New Beginnings Nutritionals’ Sonic Cholesterol delivers 250 mg of pure cholesterol per capsule, equivalent to the amount found in a single egg.  In addition to symptom monitoring, monthly cholesterol screening is necessary to adjust recommendations and prescriptions as blood levels improve.

It may be medical heresy to advocate for raising cholesterol, but only because of widespread ignorance and stubborn adherence to outdated information and methodology.  The World Health Organization predicts that by 2020, the global rate of suicide will increase to a death every 20 seconds, doubling the rate estimated in 2014.  This alarming societal epidemic highlighted by recent high-profile deaths and substantial data supporting the prevalence of low cholesterol among mental health patients provides an opportunity to expose a major, potentially preventable risk factor and a simple, straightforward treatment model that may save thousands of lives.  As knowledge of the link between diet and the brain grows, now is the time to reverse cholesterol’s erroneous reputation and recognize this essential nutrient as a critical component for mental health.