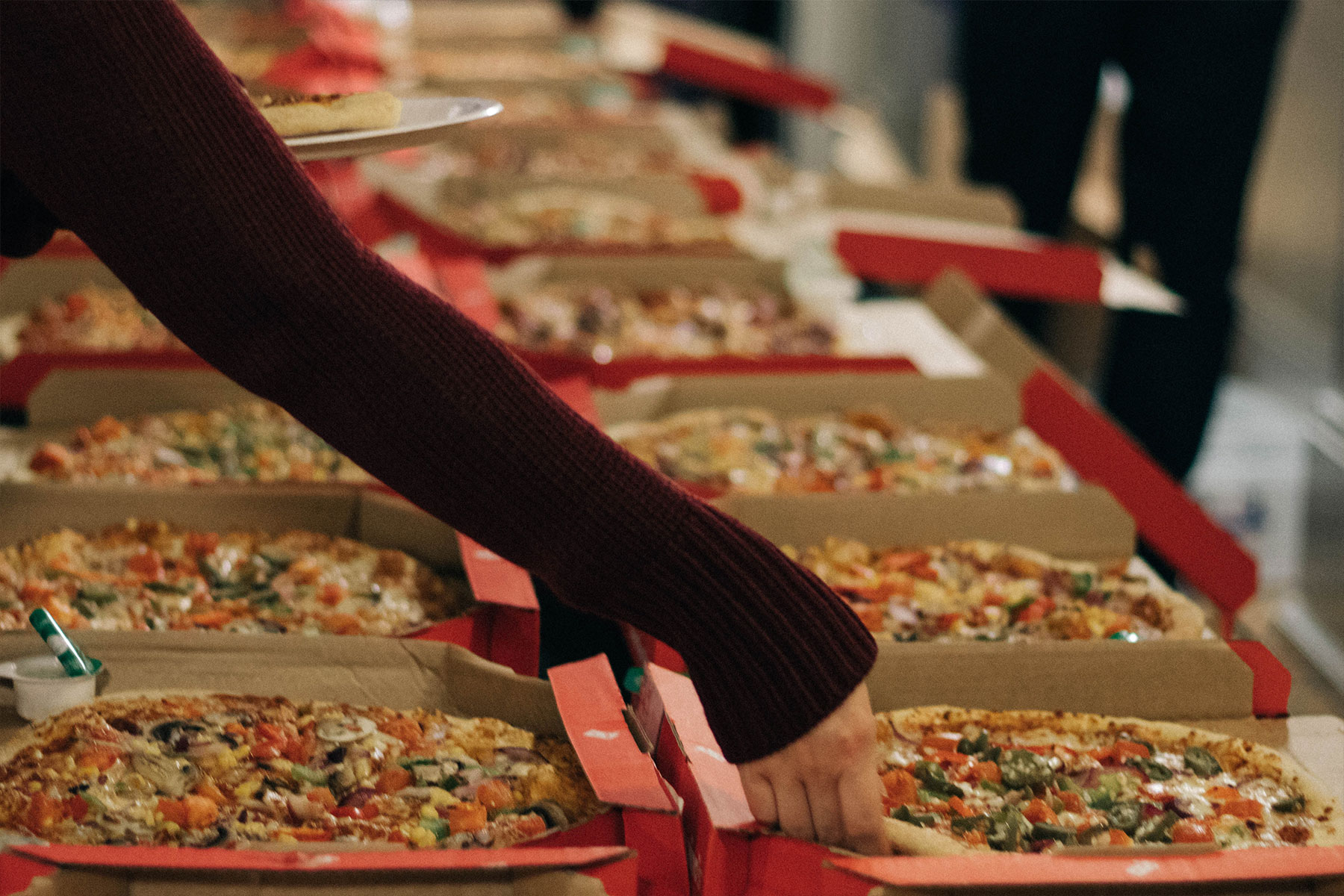 Dr. James Greenblatt
As a society, we are bombarded by food daily, and while most of us can regulate our occasional indulgences in a healthy manner, those suffering from Binge Eating Disorder (BED), compulsive overeating, and appetite control issues struggle to get off the roller coaster. Sadly, appetite control issues are misunderstood in our culture.  Binge eating is sometimes referred to as an addiction; but unlike alcohol where avoidance can be practiced, binge eaters must learn to self-regulate their drug several times a day for the rest of their lives.  While certain medications and behavioral therapy can help, biochemical imbalances and underlying nutritional deficiencies must be addressed. Because appetite is regulated by multiple complex neurochemical systems involving neuropeptides and neurotransmitters that manage hunger, treatment is challenging and requires a multi-faceted approach.

Despite millions suffering, there is only one medication approved by the FDA for binge eating. This medication is actually a stimulant used for ADHD and is a controlled substance that has the potential for abuse and addiction. While other medications and combinations including SSRI’s, Topamax, Zonisamide, and Naltrexone may offer some degree of relief, they fail to address biochemical imbalances at the root of disordered eating. It is imperative to consider nutritional intervention to correct underlying issues and deficiencies in those with Binge Eating Disorder. Amino acids dl-phenylalanine and 5-hydroxytryptophan are particularly helpful for binge eating.  Additionally, cofactors folate, zinc, and pyridoxal-5-phosphate are beneficial therapies since these nutrients are often depleted and integral to neurotransmitter synthesis.  Based on extensive research and decades of experience treating Binge Eating Disorder, compulsive overeating, compulsive dieting and bulimia, I recommend therapeutic dosages of dl-phenylalanine and 5-hydroxytryptophan, vital cofactors, as well as curcumin and quercetin to support healthy neurotransmitter levels and cytokine balance.

Serving thousands of functions throughout the body, amino acids play a vital role with regard to eating behavior and appetite. In fact, all peptides, hormones, and neurotransmitters are manufactured from amino acids.  This is significant because appetite is strongly influenced by all three molecular structures.  Thus, if amino acid levels are low, neurotransmitter and neuropeptide levels will decrease leading to hormonal imbalance, mood disorders, and appetite disturbances. Increasing intake of amino acids through supplementation provides the raw material needed to restore healthy neurotransmitter and neuropeptide levels.  This in turn recalibrates underlying biochemical imbalances that exaggerate uncontrollable cravings and amplify destructive eating patterns.

The role of the amino acid L-tryptophan is particularly important because it is the precursor to serotonin, which is responsible for appetite regulation. The conversion of L-tryptophan to serotonin is a two-step process that relies on certain nutritional cofactors vitamin B3, vitamin B6, L-methylfolate, and zinc.  The serotonin conversion process begins when L-tryptophan is converted into 5-hydroxytryptophan with the help of tryptophan hydroxylase (a vitamin B3 dependent enzyme), which requires 5-MTHF (folate).  5-hydroxytryptophan (5-HTP) then converts to serotonin with the aid of decarboxylase (a vitamin B6 dependent enzyme) and zinc. Thus, supplemental 5-HTP is highly effective because it bypasses the first step of the conversion process directly increasing serotonin levels (Birdsall, 1998). Though 5-HTP shows promising results on its own, I have found it to be even more effective when used in combination with phenylalanine. Phenylalanine is a precursor to both dopamine and norepinephrine.  Norepinephrine is responsible for what we refer to as “the stress response.”  Phenylalanine works in three different ways to control appetite: it is a precursor to dopamine (a neurotransmitter that boosts mood and reduces the urge to binge), it helps stimulate production of cholecystokinin (CCK); (the hormone which closes the valve leading from the stomach to small intestine inducing a feeling of fullness), and lastly, phenylalanine stimulates thyroid hormones because it is a precursor to tyrosine. It is important to note that phenylalanine comes in D and L form; it is the L form that is useful for appetite suppression and CCK release. There is evidence that animals fed a diet high in L-phenylalanine showed a significant increase in CCK and decreased food intake (Furuse et al., 1992).

Known as the “master appetite controller,” serotonin inhibits appetite by activating cells in the hypothalamus, an area of the brain responsible for satiety and calming. During the eating process, serotonin levels gradually rise, which turns appetite off.  Thus, serotonin deficiency tricks the brain into perceiving starvation even after sufficient food intake is fulfilled.

Curcumin is widely known for its anti-inflammatory and antioxidant properties. Although more research is needed to validate curcumin’s specific effects on appetite control, a number of studies confirm its use for combating symptoms of depression. Because depression and disordered eating are often comorbid, curcumin may be helpful for Binge Eating Disorder and appetite control issues.  Given curcumin’s wide array of benefits related to depression and eating behavior I recommend a minimum of 250mg of supplemental curcumin per day to support appetite control.  It must be noted that not all curcumin is equally absorbed. It is imperative that the curcumin is attached to a delivery mechanism to cross the blood brain barrier.  Look for a supplement that contains a premium form of curcumin attached to a phytosome; this significantly increases absorbability.

Quercetin is one of the active substances in St. Johns Wort that has been shown to significantly inhibit COMT and mitochondrial MAO-A activity (Thiede &Walper, 1994). COMT and MAO-A are enzymes that are responsible for breaking down catecholamine neurotransmitters, dopamine and adrenalin (epinephrine).  By inhibiting these enzymes, more dopamine is available for use in the brain. Because increased dopamine levels decrease the urge to binge, it is a beneficial integrative therapy in treatment of Binge Eating Disorder.

In addition to the aforementioned nutrients other nutritional therapies should be considered as they can impact mental health status.  Vitamin D, vitamin B12, probiotics, essential fatty acids, and magnesium should be considered as part of treatment, as low intake of all four is linked to depression.  I also recommend essential free-form amino acids for binge eating.  The free-form version is readily available for neuropeptide and neurotransmitter use as opposed to amino acids from dietary protein which must be broken down.  For sugar cravings, I’ve found glutamine and glycine to helpful.

Though correcting biochemical imbalances can help reduce the urge to binge, other lifestyle factors must be implemented as part of treatment for long term success.  Dietary changes, regular exercise, adequate sleep, and cognitive behavioral therapy are essential as they increase neurotransmitter synthesis and contribute to hormonal balance. Additionally, processed “junk” foods rich in addictive substances such as high fructose corn syrup and MSG should be avoided at all costs as they exacerbate the problem by stimulating overeating.  Artificial sweeteners must also be avoided as they have been shown to cause an alteration in metabolism as well as desensitization to sweetness. A diet rich in whole foods should be followed to reduce cravings, regulate blood sugar, and provide necessary amino acids, vitamins and minerals that contribute to neuropeptide and neurotransmitter synthesis.  It may also be beneficial to reduce or remove gluten and dairy from the diet since some individuals cannot breakdown gluten and casein efficiently; the resulting partially digested by-products are gliadorphin and casomorphin.  Shockingly, these by-products have been shown to be chemically identical to highly addictive opioid drugs such as heroin and morphine.

In addition to necessary dietary changes “mindful eating” techniques should be implemented; eating slowly without distraction and listening to hunger cues.  Because Binge Eating Disorder onset normally occurs during high stress periods in life, cognitive behavioral therapy is well-researched and is an essential component of a comprehensive treatment plan.