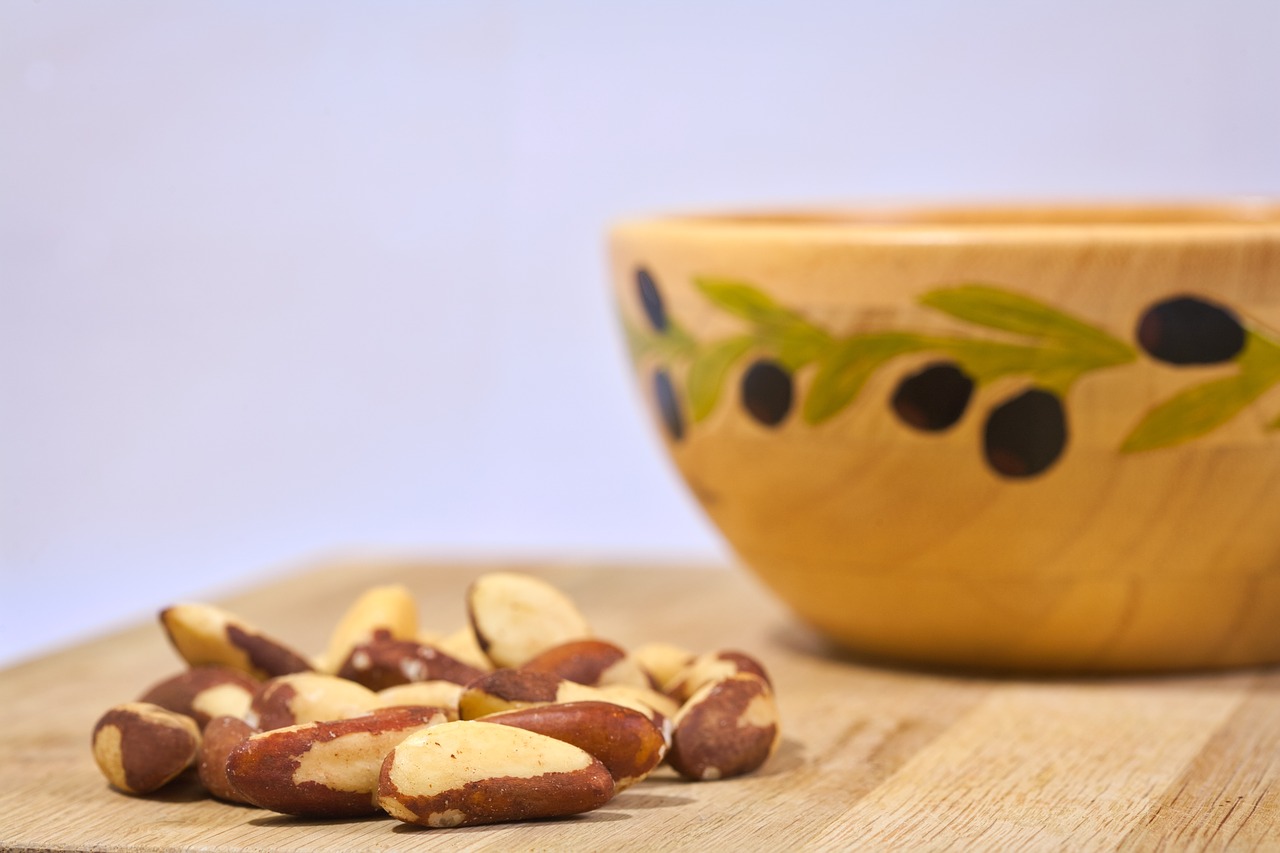 Zinc: An Essential but Overlooked Element in the Fight Against Anorexia

I have been practicing child and adolescent psychiatry for more than thirty years, and I have become increasingly convinced there is a connection between zinc deficiency and anorexia. Scientific evidence strongly supports this conclusion.1

While anorexia is a complicated disease, one part of treatment is very simple—if you or your child has anorexia, the first and best step toward recovery is to start correcting a zinc deficiency. Zinc is the mineral that has the most protective effects against anorexia. Conversely, a zinc deficiency can set the stage for its development.

A significant number of the symptoms of zinc deficiency bear a powerful similarity to symptoms of anorexia nervosa.

Symptoms of Both Conditions: Anorexia Nervosa and Zinc Deficiency

The symptomatic overlaps between anorexia and zinc deficiency have inspired a number of researchers to delve deeper into the idea of using zinc supplements as a treatment for anorexia.

A study in which twenty-six zinc-deficient children with anorexia were treated with zinc and a nutritious diet for six weeks documented that zinc supplementation was associated with a rapid recovery of a normal growth curve.2 Zinc supplementation also resulted in the stabilization of the patients’ plasma zinc levels.

Another study included thirteen anorexia patients between the ages of fourteen and eighteen years who were enrolled in a trial to evaluate the effects of 50 mg/day of zinc or placebo pill supplementation for six months. The study data revealed that the zinc-supplemented group demonstrated greater weight gain, height increase, improved taste function, greater advancement of sexual maturation, and resolution of skin abnormalities than did the placebo group. Fascinatingly, the group taking zinc also showed a significant decrease in their level of depression and anxiety.3

The main conclusions from large research studies about zinc and anorexia are very straightforward:3-5

The available evidence both from these studies and from my own clinical practice, shows that zinc levels are higher in patients who improve and do not relapse than in patients who do not get well. It is for this reason that I make zinc supplementation a standard part of treatment for all of my patients.

A number of factors or conditions increase susceptibility to zinc deficiency and thus set the stage for anorexia.

The rapid physical growth brought on by puberty simply cannot be sustained without zinc. As the maturing body utilizes increasing amounts of zinc to facilitate this growth, zinc stores begin to drop.6-8 Puberty itself can cause a genetically vulnerable person with a zinc deficiency to develop anorexia, as seen in studies of twins.9-12

When under stress of any kind the body’s intrinsic demands for zinc are increased; this increase, without a corresponding increase in dietary zinc intake, will deplete zinc levels over time, and prevent the body from adapting positively to stress conditions. Chronic stress can lower zinc, which can contribute to increased anxiety, which increases perceived stress… and the cycle will continue.

Vegetarianism can increase susceptibility to zinc deficiency.13 Individuals who limit food intake, especially if they are vegetarian, are more likely to develop a zinc deficiency. Animal meat is the primary source of zinc in the American diet. More than half the zinc in the American diet comes from animal foods; a quarter of it comes from red meat alone.14

Bisphenol A, or BPA, is a synthetic chemical found primarily in hard plastics, cash register receipts, can linings, and many common household items like food containers and epoxy resins. Concerns regarding the safety of BPA and the long-term health effects of chronic BPA exposure have been escalating over the past few years and for very valid reasons.  BPA can affect zinc availability and zinc levels in the body—because the BPA molecule binds to zinc and prevents its absorption.

Estrogen may also play a role in the development of zinc deficiency. Abnormally high levels of circulating estrogens are associated with eating disorder symptoms as well as zinc depletion, which is concerning given that the use of estrogen hormone-based contraceptive use is increasingly widespread among US teenaged girls.15

Compulsive exercising is a hallmark anorexia behavior, and many individuals with the disorder adhere to excessive and extremely rigid exercise regimens to lose or maintain a low weight. Research demonstrates that excessive and highly intensive exercise can deplete the body’s zinc stores.

During strenuous exercise, zinc is released from body tissues into the bloodstream. Yet instead of being encouraged to eat meat, athletes are often urged to eat carbohydrates. Complex carbohydrates are often high in plant-based compounds called phytates that block zinc absorption and further deplete zinc levels.16

The Optimal Level of Zinc

Because low zinc status is linked to anorexia in so many complex ways, it is critical for people with anorexia to maintain adequate zinc levels. Zinc can be obtained through dietary sources or through supplements.

The Food and Nutrition Board of the National Academy of Medicine currently recommends daily allowances of zinc for girls aged nine to thirteen at 8 mg; for those aged fourteen to eighteen, this base requirement increases to 9 mg.14,17

I believe these recommendations to be conservative, and particularly inadequate for those with anorexia nervosa. Initially, I recommend supplementation of 15 mg twice per day for adolescents, and up to 30 mg twice per day for adults. These doses are safe and easily tolerated short-term. After three months, doses should be halved to 15 mg daily for adolescents and 30 mg for adults.

While zinc is very safe, I still recommend that anorexia patients work with a qualified healthcare professional who is knowledgeable about nutritional medicine—to determine the correct individual nutritional requirements needs for themselves or their child.

Talk with your pediatrician before giving zinc supplements to any children under the age of twelve.

Can You Get Too Much Zinc?

Too little zinc can lead to a dangerous deficiency, while too much zinc in the body is also a problem. Balance is the key to optimizing the body’s biochemistry. Fortunately, zinc toxicity is rare, although it is still possible to get too much.

Signs of an acute zinc overdose include dizziness, lethargy, nausea, and vomiting. Taking large quantities of zinc—daily doses over 100 mg—for long periods of time can lead to severe side effects. Zinc toxicity can damage the pancreas and the liver and can interfere with the absorption of other essential minerals such as iron and copper.

Copper is an essential micronutrient. Found mostly in the heart, liver, brain, and kidneys, copper plays important roles such as facilitating the growth of bones, red blood cells, and neurons, energy metabolism, and neurotransmitter synthesis.

Zinc and copper share an antagonistic relationship when it comes to human physiology and biochemistry. Both minerals compete with each other for access to cell receptors, and high levels of one “crowd out” the other, preventing its absorption and leading to—or worsening—a deficiency. And, as patients with anorexia nervosa almost always present with zinc deficiency, it is overwhelmingly likely that these same patients have elevated or even excessively high levels of copper.

It is entirely plausible that elevations in copper as a result of zinc deficiency may contribute to the depressive symptoms so common among individuals with anorexia. 18,19

If you or a loved one are struggling with anorexia, add zinc. Initially, I typically recommend 30 mg twice daily for adults and 15 mg twice daily for adolescents. Usually, after three months, these doses are reduced by half. Continuing with a program of supplementation for six to twelve months after recovery can help prevent relapse.

If your experience is like that of so many of my patients, your appetite will return. Your energy levels, anxiety, and depression will improve. Beginning your anorexia treatment with zinc supplementation can establish a solid foundation from which your recovery can start to flourish.