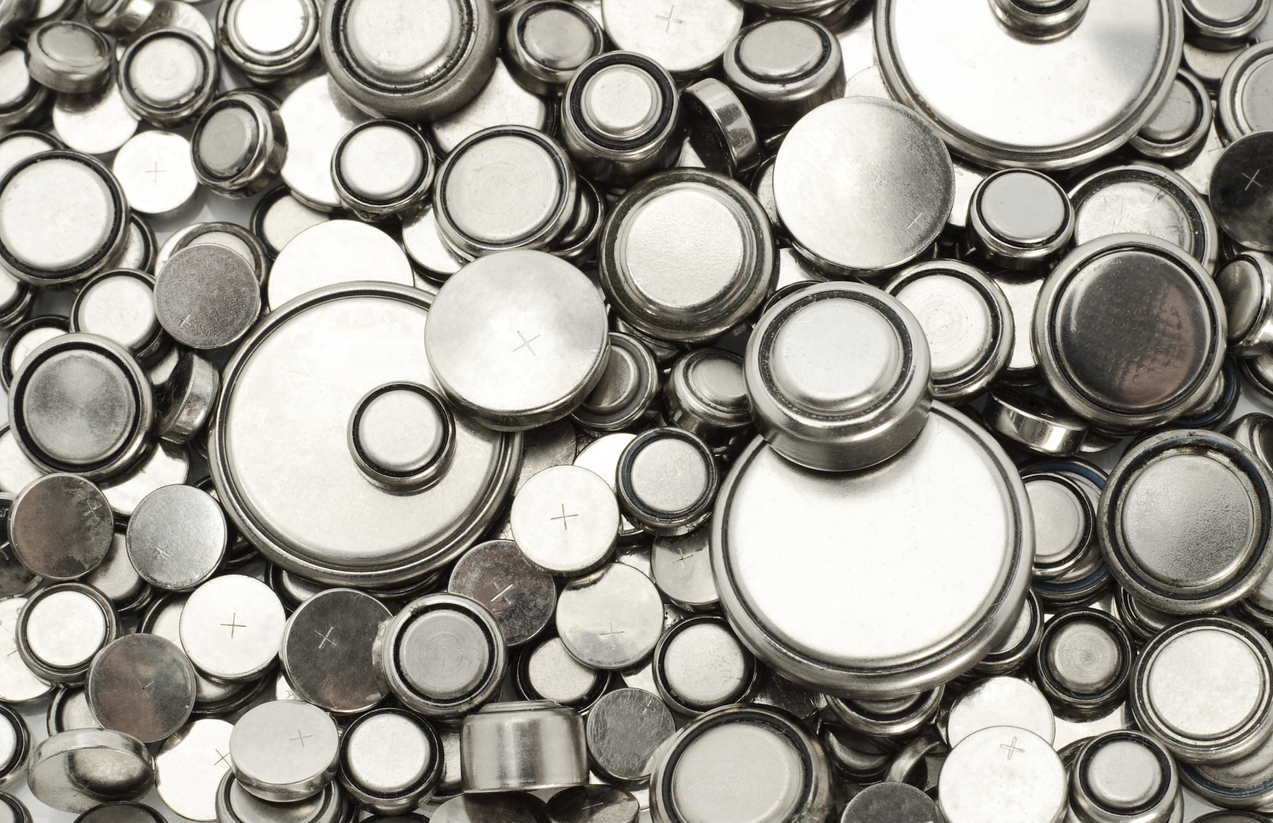 Lithium, in its pure form, is a reactive, light-silver colored, alkali metal. It is the lightest metal with the lowest density, having half the density of water. Metallic lithium can easily float. However, lithium also readily reacts with water. This has to do with lithium’s low ionization energy, meaning that it is easy to remove electrons from the outer shell of the lithium atom making it chemically reactive. If enough lithium metal is added to water too quickly it can be flammable or potentially explosive. Because of its reactivity, lithium is never found as a pure metal in nature, it’s typically found as different salts like lithium chloride or lithium carbonate.

Due to some of these unique properties of lithium, it has found popular use in battery technologies. Lithium batteries are some of the most commonly encountered batteries in everyday electronic devices.

As a battery electrode, lithium provides high energy density. Compared to other technologies, lithium can hold more electrons in a smaller space. For a simple comparison, lead-acid batteries were one of the first battery technologies discovered. Due to their simplicity and reliability, lead-acid batteries are still the main battery used for gasoline powered automobiles.

For each type of battery, energy density is determined by the energy output over the weight and  volume of the battery. Lead acid batteries average around 35 watt·hours per kilogram and 70 watt·hours per liter (Cowie 2014). By comparison, lithium ion batteries used in electric cars yield around 205 watt·hours per kilogram and 580 watt·hours per liter (CLE 2000). That equates to roughly seven times better performance. Electric cars were virtually impossible until battery technology improved to allow for an energy density high enough to provide the vehicle with an adequate driving range.

Because of the high energy density in lithium batteries they have become a mainstay of our modern digital life. Cell phones, laptop computers, and numerous other portable electronics all rely on lithium-ion battery technology.

Due to the reactivity of the metal, lithium batteries use lithium salts as electrodes for increased safety and performance. Yet even with lithium salts, there are still major safety concerns with lithium-ion battery technology.

While lithium-ion batteries have some distinct advantages, they also come with some significant safety issues. In larger batteries, there are more than one cell. The battery is made up of multiple smaller batteries to increase voltage or current. If an overcharge, short circuit or puncture happens to an individual cell, the power can be released rapidly, building up excessive heat. In larger batteries with multiple cells, this “thermal runaway” can spread to other cells causing a sudden release of large quantities of stored energy resulting in a battery fire or explosion (Carlos 2015).

In an electric vehicle, the energy contained in the lithium-ion batteries is equivalent to 4.3 kilograms of TNT or 18 sticks of dynamite. If the automobile battery has a catastrophic failure, a large percentage of this energy can be released quickly, and in some cases, completely destroy the automobile. This presents an obvious safety risk. And the problem isn’t hypothetical (Valdes-Dapena 2020). The same problem with thermal runaway was causing fires on the Boeing Dreamliner, an airplane that contained lithium-ion batteries as a part of its onboard electronics (Hradecky 2013).

Smaller fires and explosions have also been associated with cell phone and laptop batteries, in some cases necessitating costly recalls and battery replacements (USCPSC 2019). And while not as well known, the battery electrolyte used in most lithium-ion batteries releases a toxic gas that can cause irreversible nerve damage. At concentrations of 83 mg per cubic meter, the gas can even be fatal. Lithium ion battery fires are dangerous and exposure to fumes from battery fires should be minimized during an event. Concerns for firefighters and first responders to car accidents with electric vehicles have recently been raised (BH 2021).

The Future of Lithium Batteries

With their advantages and shortcomings, most people still see a future that includes lithium-ion batteries. They have potential applications in storing solar and wind power to stabilize the more intermittent availability of these resources on a green, electric power grid. With improvements in charging time, electric cars may soon become even more mainstream, eliminating “range anxiety.” Drones will also rely on the high power density of lithium-ion batteries as they become more common for industrial uses and deliveries. Pushing the limits of the technology, plans are already moving forward to create flying vehicles that run on lithium-ion batteries, potentially helping reduce fossil fuel usage in the airline industry (Puiu 2021).

When most people think of lithium, grease probably isn’t the first thing that comes to mind. And yet, lithium grease is regarded as one of the most important industrial lubricants.

The ancient invention of the wheel and axle necessitated the invention of grease. It is widely believed that in Egyptian and Roman times grease was prepared from olive oil or animal fat and lime (calcium oxide and calcium hydroxide). The mixture would form an oil-soap combination that worked as an effective lubricant (Piet 2016).

The Chemistry of Lithium Grease

Chemically, soaps are the salts of fatty acids. When lithium hydroxide or carbonate is added to a triglyceride (fat), the strong lithium base cleaves the ester triglyceride bond, releasing the fatty acids and glycerol. The fatty acids form ionic bonds with lithium ions and lithium soap is formed.

Lithium soap has unique properties that, when combined with oil, make it a versatile and effective lubricating agent. Lithium soap combined with oil, makes lithium grease. Lithium grease has a high melting, or dropping point between 370 and 430 degrees fahrenheit. It also adheres well to metal, an important feature for long-lasting lubrication and protection. Grease, in general, has a high viscosity, meaning it is a solid that stays in place, until the application of shear. When a shearing force is applied to grease the viscosity rapidly drops and it effectively lubricates, reducing friction.

Due to its superior characteristics, lithium grease has broad usage throughout most industries. Estimates suggest that lithium grease is used for approximately 75% of all applications that require a general lubricant.

In reality, in most situations where you have two objects sliding across each other, lithium grease could be a reasonable choice to support the motion, reduce friction and prevent parts from binding.

Lithium is a metal with many uses. Because of the unique properties of lithium soap, lithium grease is one of the most important lubricating compounds used throughout industry. In addition, research is ongoing for finding additives to lithium grease to continue to improve and refine its performance. It’s likely that white lithium grease will be a popular industrial product for many years to come.

Valdes-Dapena P. Business PV-D CNN. Electric car batteries are catching fire and that could be a big turnoff to buyers. CNN. https://www.cnn.com/2020/11/10/success/electric-car-vehicle-battery-fires/index.html