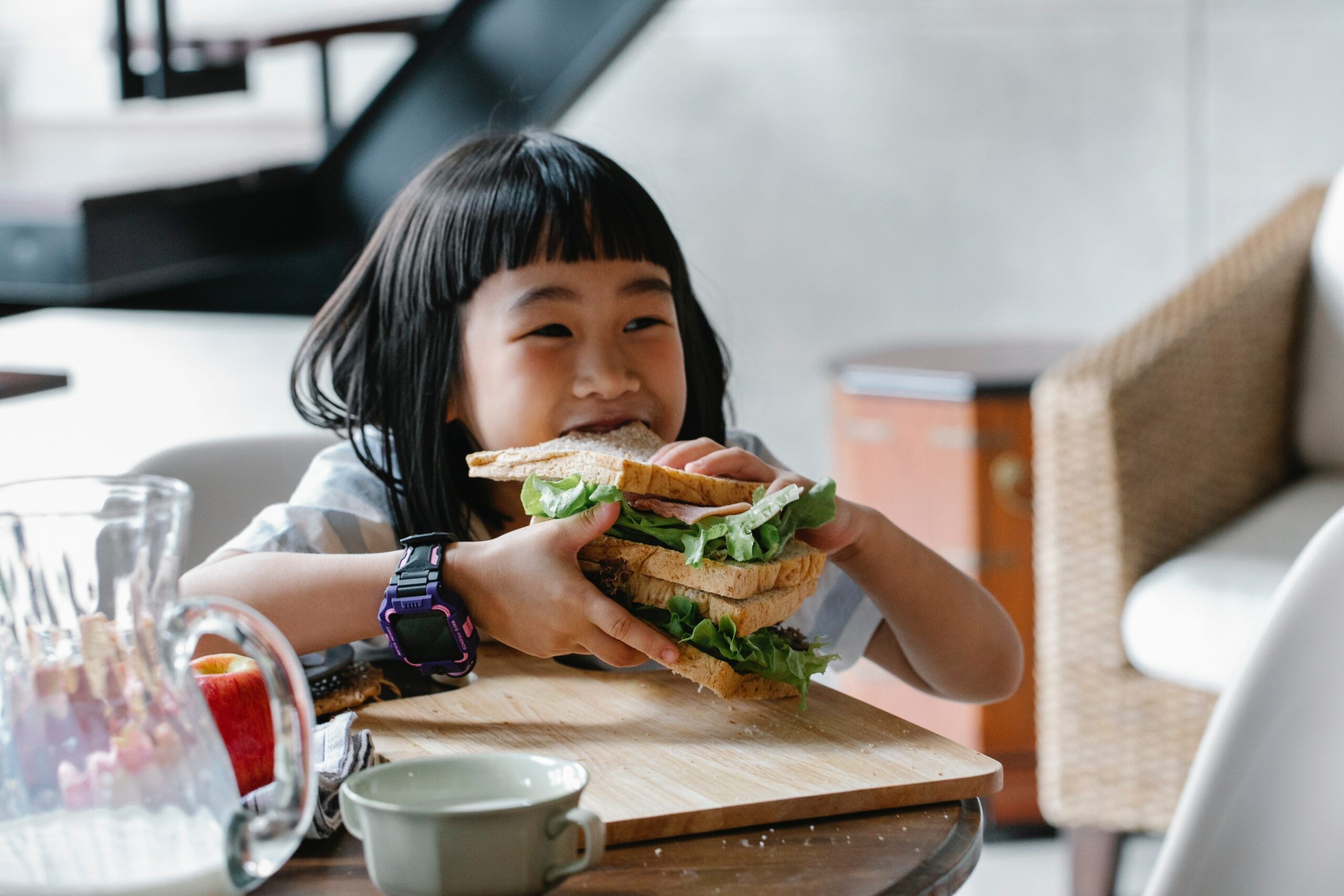 Appetite control does not have to entail a lifelong battle.

To control appetite, you need to experience a sense of fullness rather than a continuous craving for more. Amino acids can do just that.

Amino acid molecules are strung together in unique sequences called peptides, which then combine to form proteins. They form the molecular basis for neurotransmitters and neuropeptides, the keys to appetite control in the human body. Our bodies manufacture more than fifty thousand different proteins. All of these are comprised of different combinations of just twenty amino acids.

The twenty amino acids are classified as either “essential” or “nonessential.” All the amino acids are essential to health; it’s just that nine of them must be obtained from outside the body, either from food or from supplements. If these nine are supplied in adequate quantities, the body can manufacture the other eleven.

How the Amino Acids Work

Amino acids are ingested into the digestive tract, where they are distributed as raw materials that spark the chemical reactions that keep our bodies functioning. They have thousands of functions within the body. Many of these involve appetite regulation.

The neuropeptides are used by neurons to communicate with each other. Neuropeptides are now the focus of the most promising research in appetite and obesity, because all the triggers of hunger and satiety within our bodies can be traced to them.

Ghrelin, neuropeptide Y, and the opioid peptides stimulate hunger, while leptin and cholecystokinin (CCK) decrease hunger and induce the feeling of satiety.

The neuropeptides play a key role in appetite and appetite control. These are a few peptides involved in appetite regulation, but there are actually many more. All neuropeptides are dependent on optimal availability of amino acids.

The amino acid tryptophan is the precursor from which serotonin is made. Merely the sight, smell, or thought of food causes a release of serotonin in the hypothalamus. When the body does not get enough serotonin, binge eating, irritability, and anxiety can result.

Many research studies have confirmed a link between low tryptophan and poor appetite control. One study found that after just one tryptophan-depleted meal, patients experienced a lower mood, were increasingly concerned about body image, and reported a loss of control over eating. In another study, tryptophan depletion significantly increased the participants’ consumption of sweets.

Conversion of amino acids into active neurotransmitters requires the availability of nutrients. Vitamin B3, vitamin B6, vitamin B12 and L-methylfolate are important cofactors required to convert tryptophan into serotonin. Without them, the conversion of tryptophan to 5-HTP will be limited or simply not occur.

All of the current research supports the theory that supplying the brain with sufficient 5-HTP can help increase serotonin levels and regulate the appetite. 5-HTP has been useful as an adjunct to treatment, particularly when it is combined with another essential amino acid, phenylalanine.

In times of stress, your heart beats faster, your blood pressure rises, and you accelerate your rate of breathing to enhance mental alertness and trigger the release of glucose into your bloodstream for quick energy. If you experience chronic stress, a sufficient supply of phenylalanine is necessary. Symptoms of phenylalanine deficiency include increased appetite, poor energy, depression, lack of alertness, and memory problems.

Phenylalanine helps stimulate the production of the hormone cholecystokinin (CCK). This is the hormone that closes the valve leading from your stomach to your small intestine, inducing a feeling of fullness. It is also the precursor to the synthesis of dopamine and tyrosine.

In a study of six normal-weight, fasting men, half were given 10 grams of L-phenylalanine twenty minutes before a meal, while the other half took a placebo. Men taking the L-phenylalanine consumed approximately one-third fewer calories than men in the control group because they reported greater feelings of fullness.

It is important to note that only the L form of phenylalanine induces the release of CCK and helps to depress the appetite. Phenylalanine supplements should always have the L form in the combination known as DL-phenylalanine.

There are only a few studies on tyrosine’s direct effect upon the appetite. Animals fed a meal high in tyrosine released higher amounts of CCK and ate less than the control group in one such study, although the results seen with tyrosine were not as significant as those seen with L-phenylalanine.

Another study investigated whether tyrosine would be able to counteract the adverse environmental conditions military personnel commonly face. The military personnel who received L-Tyrosine reported fewer adverse side effects and improved cognitive function and mood. L-Tyrosine can be of important benefit to individuals struggling with the effects of environmental stress factors, such as an uncontrollable appetite.

Glutamine is the most abundant amino acid in the body. It primarily affects appetite through its role as metabolic fuel for glucose. The usual response to a shortfall in glucose is to eat sugary foods. When a person deficient in glutamine takes supplements of this amino acid, sugar cravings diminish.

Stress provokes the release of the hormone cortisol, which depletes glutamine supplies and impairs immunity. Conversely, glutamine supplements strengthen the immune system and reduce infections. Endurance athletes in training typically have depleted glutamine supplies, which may explain why they often develop colds after an event.

Taurine is a nonessential amino acid manufactured from methionine and cysteine in the presence of vitamin B6. Taurine helps regulate the nervous system and plays an important role in modulating our stress response.

Taurine supports mental performance and has antioxidant properties, which is why it is commonly found in energy drinks. While taurine can be obtained by eating meat and fish, it is better known as a dietary supplement for athletes and those trying to improve concentration.

Taurine is broken down by an enzyme called cysteine dioxygenase (CDO), which is found in large amounts in white adipose tissue. In overweight mice, high levels of CDO lowered blood levels of taurine. But when the mice were given supplemental taurine, their metabolism increased, and obesity was prevented.

Arginine supplementation may also improve insulin sensitivity in people who are not overweight but who have diabetes.

Currently, arginine is produced in supplement pills and powders and added to most pre-workout drinks in combination with other performance enhancers.

The amino acids leucine, isoleucine and valine are collectively known as branched chain amino acids (BCAAs). The BCAAs help to turn on and off your body’s ability to create proteins. Studies of the branched-chain amino acid L-leucine conclude that it reduces both food intake and body weight in rats.

The BCAAs help to regulate glucose levels, even in the absence of insulin, by accelerating the use of glucose by the liver. The BCAAs help your body facilitate energy metabolism by keeping weight and appetite in check.

Why Amino Acid Levels Are Too Low

Perhaps the main general cause is that many people living in westernized cultures today simply don’t consume enough protein.

Another contributing factor is age. As we age, stomach acid levels drop by almost forty percent from the teens to the thirties and almost half again by the seventies. Consequently, our ability to digest protein diminishes.

Many patients have reported that intense cravings for food subsided soon after they began taking amino acid supplements.

It is best to start with a free-form amino acid blend of all the essential amino acids. A free-form blend bypasses the digestion process and is easily absorbed by the body to be used in protein, neuropeptide, and neurotransmitter synthesis.

In addition, a combination of 5-HTP and DL-phenylalanine increases serotonin, dopamine, and CCK. Often, these two amino acids along with the blend of free-form amino acids will be sufficient to help you take back control over your appetite.

Amino acids are easy to take. Supplements are available in both pill and powder form. To make sure the supplements are fully absorbed, take them at least thirty minutes before any meal or two hours after.

It is always best to find a physician or other healthcare provider who is knowledgeable about potential side effects and drug interactions. If you are taking prescription antidepressant medications that contain monoamine oxidase (MAO) inhibitors, you should not use amino acid supplements.

All aspects of physiological and biochemical appetite control involve amino acids. By optimizing amino acid levels, you will be able to synthesize both simple and complicated proteins that are required to maintain hunger management and normalize eating behavior.

For sugar cravings, try taking glutamine or glycine supplements. Many patients have found significant relief from adding these amino acids into their treatment.

Using amino acids is not a new medical breakthrough. If a nutritional deficiency causes a problem, then supplementing the body with what it has been missing can solve it. Sometimes the answer to binge eating is simple, and this is the only intervention needed.