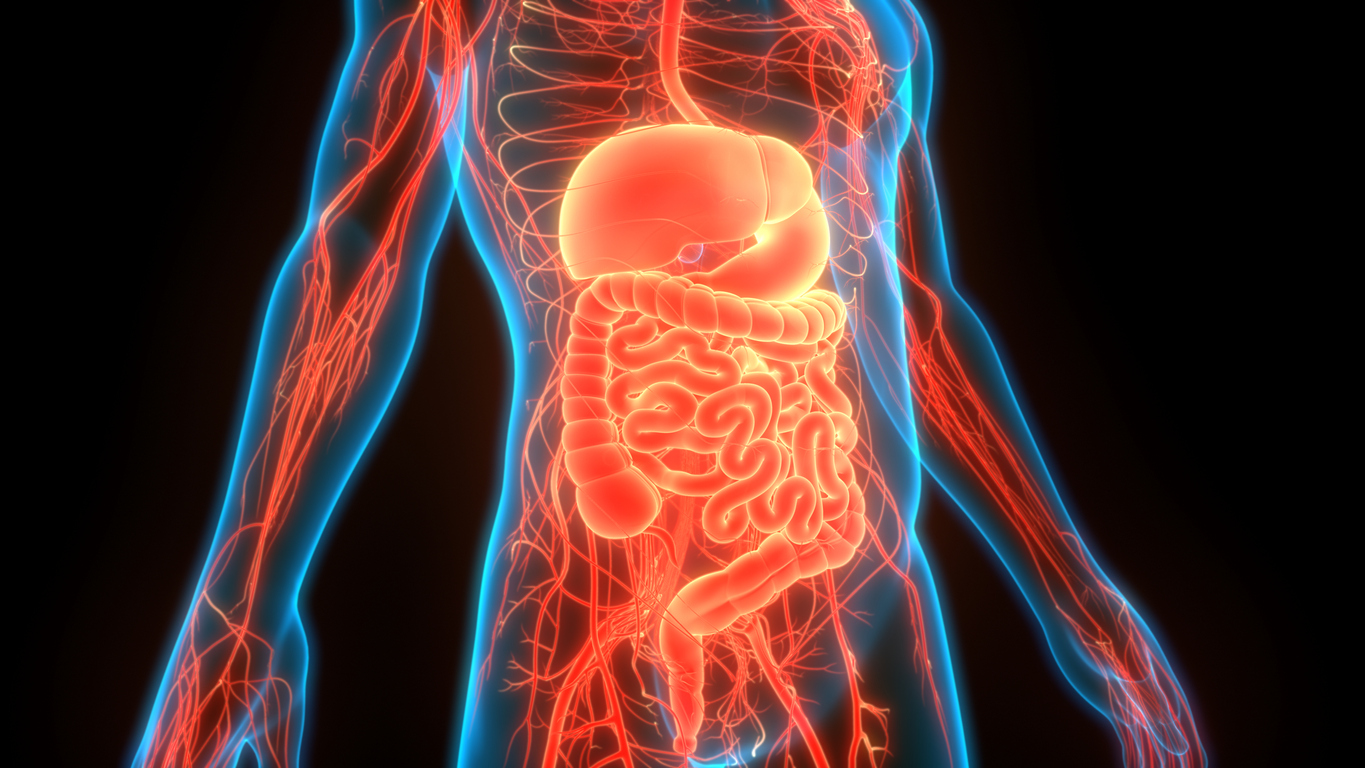 When most people think of lithium, they may think of an old, potentially side-effect prone treatment for bipolar disorder. Yet, many people don’t realize lithium is a mineral that is considered a nutrient necessary to maintain health (Szklarska 2019). Lithium has a surprising number of effects on the human body beyond mental health conditions. And considering the strong connection between mental and gastrointestinal health, it may not come as too much of a surprise that lithium appears to have beneficial effects on the digestive tract.

Potential Effects of Lithium on the Gut

Mechanistic studies of inflammatory markers and lithium have suggested that lithium attenuates cyclooxygenase-2 (COX-2) and prostaglandin E-2 (PGE2), although evidence suggests the effect may be limited to the brain (Nassar 2014). Another inflammatory mediator, tumor necrosis factor alpha (TNF-alpha) is often elevated in inflammatory conditions. While there are some variations in the literature, on the whole, research suggests decreased TNF-alpha with lithium (Nassar 2014). In addition, there is also data showing complex interactions with the interleukins, the cells of the immune system and lithium (Maddu 2015). Some of these anti-inflammatory effects may be related to other benefits seen with lithium and the digestive system outlined below.

Lithium and Regeneration of the Digestive Tract

In the gastrointestinal tract, a single lining of epithelial cells protects the body from the bacteria and other contents of the digestive process. Out of necessity, this lining is rapidly replaced, being regenerated every four to five days. This regenerative process is mediated by a number of enzymes, including glycogen synthase kinase three beta (GSK3B).

Lithium is a direct inhibitor of GSK3B. By inhibiting GSK3B, β-Catenin levels increase which signals for more cellular regeneration. In a number of animal studies, lithium and other GSK3B inhibitors have mostly been shown to help treat the damage of inflammatory bowel disease (Daneshmand 2009, Daneshmand 2011, Hofman 2010, Whittle 2006. Raup-Konsavage 2016), although one mouse study showed benefits for increasing bowel length with no benefits for colitis itself (Logt 2011). Other research also appears to confirm the potential of lithium for enhanced regenerative signalling in the intestinal tract (Bello 2020).

The effects of lithium on the gut barrier appears to have practical applications. Graft versus host disease is a condition that can develop after a bone marrow or stem cell transplant. Following the transplant, the new immune cells recognize the host body as foreign and attack the host’s cells and tissues. The disease can be fatal and often results in severe damage to the lining of the gastrointestinal tract.

In patients with graft versus host disease, lithium may help reverse the gastrointestinal damage. In a clinical try of patients, individuals were treated with lithium or with standard care alone. When lithium was initiated quickly, one year survival rates reached 67%-80%. Historically, none of the patients with an equivalent level of mucosal damage treated by standard therapy alone survived.

While human data is sparse, a case report of a patient with severe ulcerative colitis responded with rapid improvement of the condition when prescribed lithium for concomitant bipolar disorder. The patient’s colitis, which was previously not well controlled, went into remission for more than a year upon last follow-up (Zisook 1972). Another case of inflammatory bowel disease in a child showed marked initial improvement with lithium. While the immune benefits remained, unfortunately the patient eventually relapsed over time (Borkowsky 1981).

While there’s an obvious need for more research, lithium does appear to have significant effects on the gastrointestinal tract, most likely mediated through GSK3B inhibition and potential anti-inflammatory activity. By increasing cellular regeneration, damage to the intestinal tract—in some cases—can be modulated. Preliminary animal studies on inflammatory bowel disease and a human trial of lithium for mucosal damage in graft versus host disease demonstrate notable effects. Additional studies in human conditions with loss or damage to intestinal barrier function may help further our understanding of the potential applications of lithium for different bowel conditions.