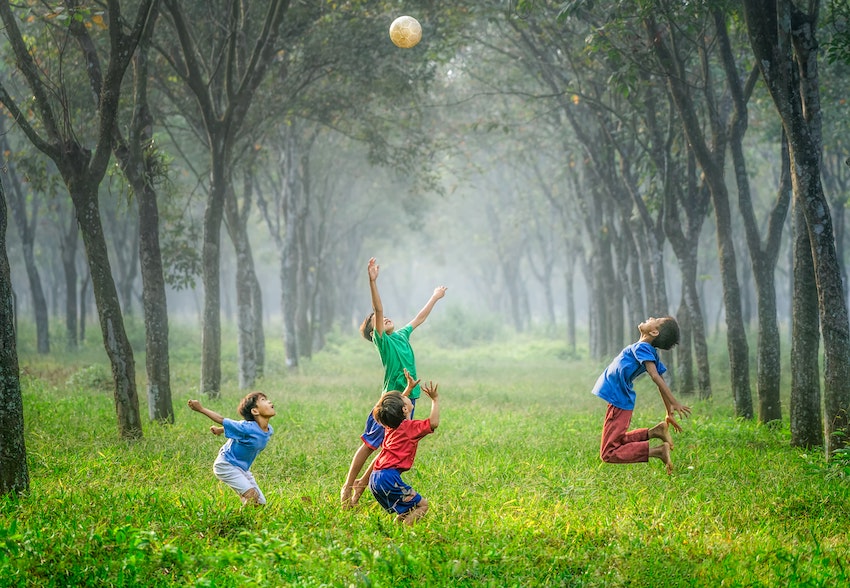 An interview with ACN (Association for Comprehensive Neurotherapy) Latitudes

Thank you for offering to share your expertise with us on nutritional approaches for OCD, ADHD, and Tourette’s, Dr. Greenblatt. I know that as a psychiatrist you have seen thousands of patients in your practice. I recall that 20 years ago, you were a pioneer in the use of nutritional therapies.

In a recent lecture, you made it clear that there is not a one-size-fits-all answer for treating these conditions, because treatment needs to be individualized. I’m wondering if you could address some of the guidelines you use to tailor treatments.

It is very difficult to determine the vast majority of nutritional deficiencies or metabolic abnormalities on physical examination alone. Over the years I have become increasingly dependent on utilizing objective laboratory tests to determine nutritional deficiencies. These tests include everything from a simple routine blood test looking for levels of vitamin D and B12, to organic acid testing, assessment of amino acid levels, fatty acids, and heavy metals, as well as conducting food allergy testing.

What are some of the cofactors that you find particularly relevant for ADHD, and for serotonin, dopamine, and receptor function?

Numerous micronutrient cofactors are important for the treatment of ADHD. Zinc and magnesium are the most common minerals that are usually deficient, and copper is often times elevated. We have heard a lot from the press on elevated lead in the water in Flint, Michigan, but there is just as significant an epidemic of elevated copper in public schools in many other areas. Recent studies testing  water in the Massachusetts school systems show that the vast majority have both elevated lead and copper.

Vitamin micronutrients important for proper neurotransmitter functions include folate— L-Methylfolate in particular—vitamin B6, vitamin D, and vitamin B12.

I should mention that when treating ADHD, it can be useful to test for copper levels, as well as the marker HPHPA in urine. This is a chemical byproduct of one of many strains of Clostridia in the gut. HPHPA disrupts normal neurotransmitter metabolism in the brain resulting in neuropsychiatric symptoms. I believe this is one of the single most important tests to do when assessing a child with ADHD.

There has been such a big increase in the incidence of ADHD over the last few decades. Is ADHD is mostly genetic?

ADHD is primarily genetic, and I believe genetics play an important role in our major psychiatric illnesses in young children and adolescents. Yet, the expression that is commonly used in this discussion is “Genetics play a part in loading the gun; it’s the environmental influences that pull the trigger.” Environmental influences include everything from neurotoxins in the environment to stress, bullying, social isolation, trauma and, my particular area of interest, nutritional deficiencies affecting genetic expression. The term we use for this is epigenetics.

One of the main nutrients patients and families often try for tic disorders is magnesium, as a muscle relaxant. Some see improvement, some do not. Could you please comment?

Magnesium (Mg) is one of the key nutrients I often recommend. I typically recommend magnesium glycinate, although most forms of Mg are helpful—except for magnesium oxide, which is poorly absorbed. Improvement in symptoms once beginning Mg supplementation can take many months. B6 is an important cofactor in those individuals deficient in Mg.

Often times individuals are not patient enough, and they don’t understand that it might take many months to replete Mg. It is also important to look at other nutritional metabolic variables for treatment with kids with ADHD. Mg is the one nutrient I recommend for every child I see with ADHD.

Mg deficiency is difficult to detect, but if we look at numerous sources and clinical history we can often assess for Mg status. Since 99% of Mg is in bones and blood cells, blood tests are rarely accurate. So we look at three factors: red blood cell Mg analysis, trace mineral hair analysis, and most importantly we look at clinical symptoms. Clinical symptoms of Mg deficiency in my experience are insomnia, anxiety, irritability and constipation. If someone has 2 of 4 symptoms, a trial of Mg can be incredibly helpful. Chronic constipation can be improved in 4 to 6 weeks without major laxative use.

A study was recently published on N-acetyl-cysteine and Tourette syndrome. (See abstract.)  I understand this amino acid has also been studied for OCD. The 12-week study on Tourette’s was negative – its use was not shown to be significantly more effective than a placebo group. Do you have any comment on this study?

As with any intervention, we need to be careful and not look for a magic pill or silver bullet, whether that be a pharmacological agent or nutritional supplement. If we do not take into account the comprehensive metabolic assessment that includes the role of influences from food allergies, to chemical exposures, to other nutritional deficiencies, then NAC as a stand-alone agent, in my experience, is rarely going to be sufficient in treating Tourette’s or other neuropsychiatric illness.

I have used NAC for many years with good results. It has shown modest improvement over time, and always is best utilized with multiple other nutritional interventions.

It is important to note that NAC is generally not effective when there is significant gut dysbiosis or need for probiotics, which is not uncommon in kids with Tourette’s.

How commonly do you think symptoms in the ADHD and Tourette syndrome populations are related to casein and gluten?

I think casein and gluten are problems for many kids with ADHD and Tourette’s, but not all children. I utilize neuropeptide testing to assess for proper metabolism and food allergies. If these tests are positive, I encourage patients to eliminate casein and gluten from the diet and to take the enzyme DPP IV to break these down completely.

DPP IV (Dipeptidyl Peptidase IV) is a specific digestive enzyme that is available online and at select health food stores. DPP IV does not require a prescription; I recommend the Gluten Dairy Digest from Pure Encapsulations. This supplement contains adequate DPP IV enzyme and at least 2-3 pills should be taken with every meal.

Can you touch on the role of histamine in OCD, ADHD, and Tourette’s and how that can affect treatment?

I believe the role of histamine is primarily related to the high intensive allergies, both IgG and IgE food hypersensitivities. We utilize both Vitamin C and a nutritional supplement called OPCs which can dramatically decrease histamine and improve a number of contributing factors to ADHD and Tourette’s. [Editor: information on OPCs here.]

Would you please tell us something about your newly released book on ADHD?

Finally Focused is a book for parents and professionals to help them understand a simple, balanced, and integrative approach to ADHD in children and adults. The diagnosis ADHD is increasing globally and along with this, the use of stimulant amphetamine medications is also increasing. Young children under age 4 are being prescribed stimulant medications, and there has been a recent trend of antipsychotic medications being utilized to attempt to address behavioral problems, overactivity, poor impulse control, and inattention.

It is essential that parents and professionals understand that often times there are nutritional deficiencies and metabolic abnormalities that are contributing, if not causing, these symptoms. A careful functional medicine assessment to rule out these nutritional deficiencies can provide a dramatic relief of symptoms, and help children get back on track without the use of polypharmacy. If medications are indicated, nutritional support, particularly magnesium supplementation, can help minimize side effects to stimulant medications. I cover this in more detail in my book. [Finally Focused is available at Amazon.com]

Thank you for the interview, Dr. Greenblatt, and for serving on our advisory board. 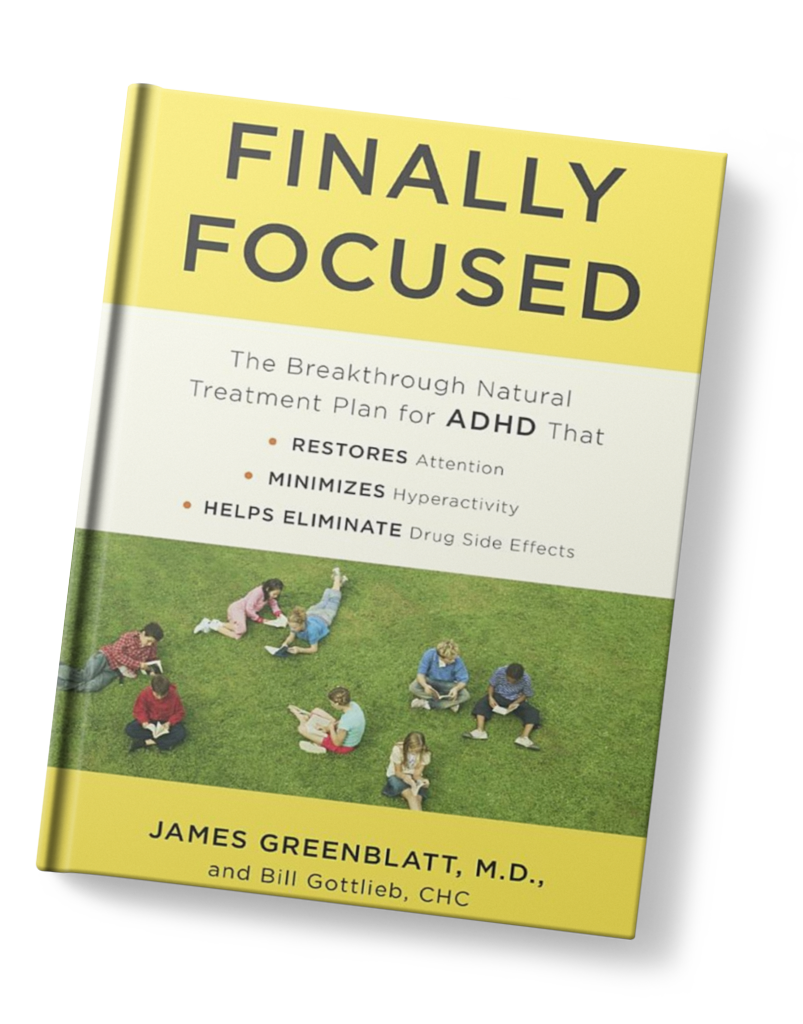