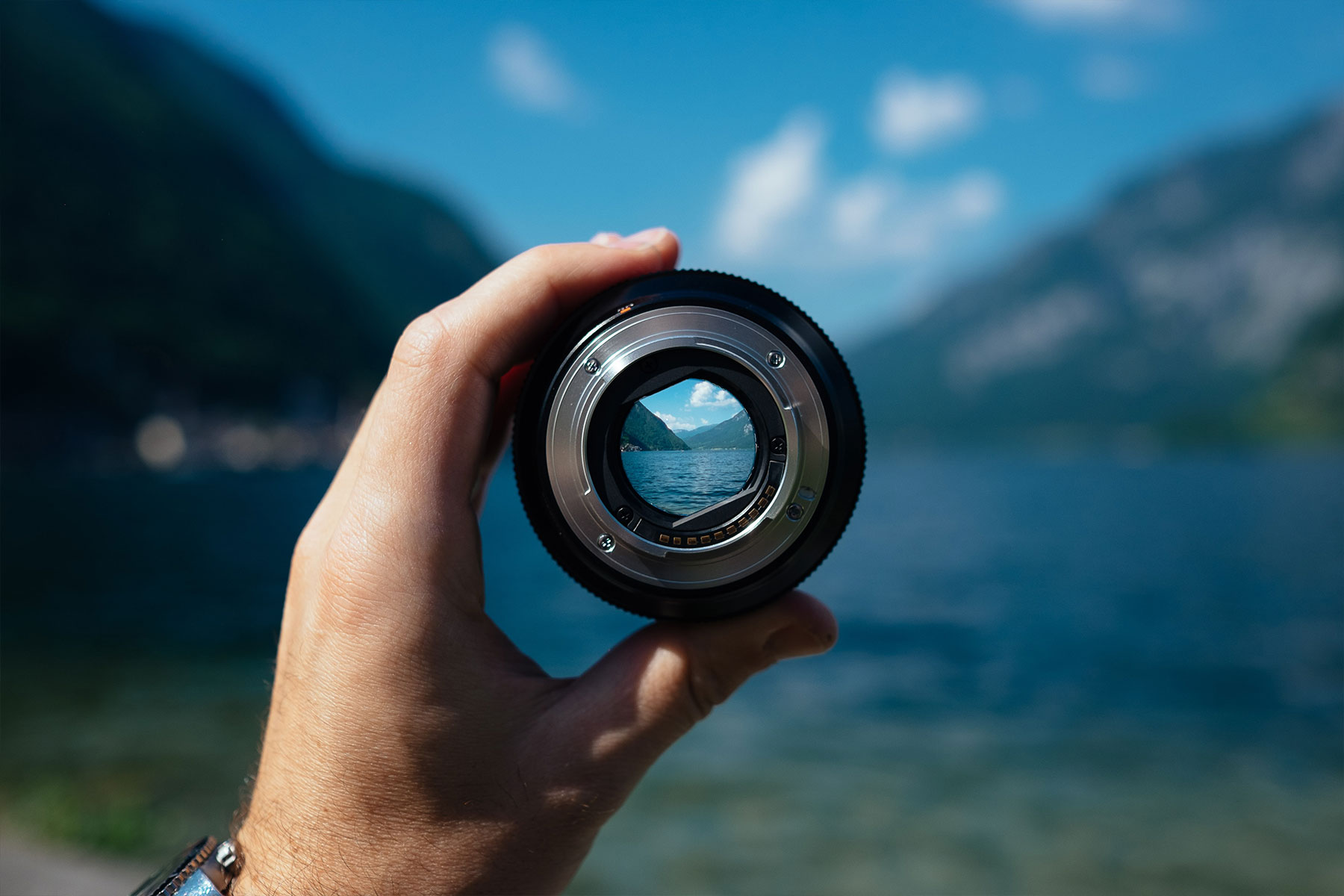 Dr. James Greenblatt
What if there was a safe, effective, inexpensive, and simple way to help treat one of the most common neurodevelopmental disorders of childhood?

Health care professionals often overlook nutrients; yet imbalances in many minerals are frequently seen in medical disorders including ADHD. Fortunately, replenishing nutrients with an integrative treatment plan has proven to be an effective treatment for the symptoms of ADHD.

In this two-part series, we will evaluate mineral deficiencies in zinc and magnesium, excess copper, and their relationship with neuropsychiatric symptoms.

Minerals are inorganic substances essential for cell metabolism, neurotransmitter synthesis, growth, and development. Major minerals, such as magnesium, need to be consumed in higher amounts than trace minerals, such as copper and zinc, although both types are crucial for many bodily functions. Our bodies cannot synthesize minerals so they must be obtained through food or supplementation.

Mineral deficiencies are commonly seen in patients suffering from psychiatric disorders. Due to modern agricultural practices such as fertilizers and erosion, our soil is tragically depleted in minerals. In addition, when food is processed, it is stripped of essential minerals. Minerals are also depleted from the body with stress and through sweat from exercise or hot yoga practices.

In April 2014, the city of Flint, Michigan changed its water supply from Lake Huron to the Flint River. The corrosive water from the Flint River caused lead from old pipes to leach into the water supply, putting up to 12,000 children at risk of consuming dangerous levels of lead. One year after the water supply switch, 5% of children tested in Flint had elevated blood lead levels, prompting President Obama to declare a state of emergency in January 2016.

Overall, blood lead levels in children have plummeted since the US phased out the use of leaded gas and paint in the 1970s. Still, 24 million homes in the US contain deteriorated lead paint and elevated levels of lead-contaminated dust. The reduction in children’s blood lead levels has not been uniform across all areas of the US. Recently, Reuters found nearly 3,000 areas across the US with lead poisoning rates doubling those in Flint. More than 1,000 of these areas had at least a four times higher rate of elevated blood tests than those seen in Flint. The health effects of neurotoxins such as lead are most severe in children, as it can cause irreversible brain damage. Even at low levels, lead has been associated with lower IQ scores, inability to pay attention, impaired motor function skills, and poor academic performance among children.

Since lead poisoning causes cognitive, motor, and behavioral changes, it is not surprising that it also plays a role in the pathophysiology of ADHD. Lead exposure is estimated to account for 290,000 excess cases of ADHD in US children (Braun et al., 2006). A study on almost 5,000 US children aged 4 to 15 years found children with the highest blood lead levels were over four times as likely to have ADHD compared to children with the lowest blood lead levels (Braun et al., 2006). A 2016 study exploring the link between lead exposure and hyperactivity and impulsivity in children found that these children had a mutation of a gene that regulates iron uptake and modulates lead metabolism. The researchers concluded, “The findings of our study are difficult to explain unless lead is, in fact, part of the cause of ADHD, not just an association” (Nigg et al., 2016).

Brain scans from participants of the Cincinnati Lead Study revealed that childhood lead exposure was associated with brain volume loss in adulthood. Individuals with higher blood lead levels as children had less gray matter in certain brain regions. Of the regions affected, a significant loss was observed in the prefrontal cortex, which is responsible for executive function, behavioral regulation, and fine motor control (Cecil et al., 2008).

The CDC has set a blood lead level of 5 µg/dL as the reference value to identify children who require case management. However, numerous studies have shown lead levels <5 μg/dL are still associated with inattentive and hyperactivity symptoms and learning difficulties. The risk of ADHD symptoms increases with elevated blood lead levels, even in low concentrations. In one study, 2,200 children aged 7 to 9 years who did not have ADHD at baseline were followed for two years. About 5% (107 cases) developed suspected ADHD. Children with blood lead levels >2.17 μg/dL had a 55% greater risk of developing ADHD compared with those with blood lead levels <2.17 μg/dL (Choi et al., 2016).

One of copper’s roles in the body is in the synthesis of dopamine, the neurotransmitter that supports alertness and motivations.

Our bodies require a delicate balance of copper levels. One of copper’s roles in the body is in the synthesis of dopamine, the neurotransmitter that supports alertness and motivations. However, too much copper creates an excess of dopamine leading to an excess of the neurotransmitter norepinephrine. High levels of these neurotransmitters lead to symptoms similar to ADHD symptoms: hyperactivity, impulsivity, agitation, irritability, and aggressiveness. Like lead, copper can leach into the water supply when copper pipes corrode.Following the water crisis in Flint, Michigan, environmental toxins present in food and water sources raised serious concerns among public health officials. This prompted several states to begin rigorously testing their own water supply. In November 2016, The Boston Globe reported that of the 300 public schools tested in Massachusetts, 227 schools had elevated levels of either copper or lead, or a combination of both, in their drinking water supply. Copper is an essential mineral that is needed in trace amounts; however, excess copper can cause oxidative cell damage and trigger neurobehavioral symptoms such as hyperactivity and irritability.

In children with excess copper, stimulant medications are ineffective and can cause side effects such as agitation, anxiousness, and changes in sleep and appetite. Most ADHD medications work by increasing levels of dopamine, intensifying the effects of excess copper. Excess copper also blocks the production of serotonin, which is responsible for regulating mood. The imbalance of copper and neurotransmitter levels triggers emotional, mental, and behavioral problems such as depression and anxiety.

Some studies have assessed the neurotoxic effects of excess copper and its role in ADHD symptoms. High copper levels are correlated with an ADHD diagnosis and with attention and short-term memory difficulties in children and adolescents (Viktorinova et al., 2016; Kicinski et al., 2015). In a randomized controlled trial with 80 adults with ADHD, those with lower baseline copper levels had better response to treatment with a vitamin-mineral supplement. Among those in the highest copper tertile, only 35% responded to treatment. In comparison, 77% of adults in the middle copper tertile responded to treatment (Rucklidge et al., 2014).

Excess copper in the presence of a zinc deficiency can be particularly harmful in individuals with ADHD. Zinc is another essential trace mineral that is a vital component of the central nervous system and neurotransmitter synthesis. Zinc is involved with over 300 enzymatic reactions within the body to support normal growth and development. Researchers have linked zinc deficiencies in the pathophysiology of several neuropsychiatric illnesses including ADHD. Multiple studies have demonstrated that children and adults with ADHD have been consistently deficient in zinc.

Zinc is required in the synthesis of several neurotransmitters, including dopamine, norepinephrine, and serotonin and enhances GABA, one of our main inhibitory/relaxation neurotransmitters. Daily zinc intake is required to maintain a constant supply as the human body has no zinc storage system. Environmental toxins, such as Bisphenol A (BPA) and phthalates found in everyday plastic products, bind to zinc and deplete zinc levels in the body.

Multiple studies have confirmed that not only are zinc levels lower in children with ADHD, but the extent of zinc deficiency is inversely correlated with symptom severity in those with ADHD. In a recent study case-control study, 70% of the 20 ADHD cases aged 6 to 16 were zinc deficient. Those with lower hair zinc levels had the worst hyperactivity, inattention, oppositional, and impulsivity scores on the Conners’ parent rating scale (Elbaz et al., 2016). In a larger group of 118 children with ADHD, those with the lowest blood levels of zinc had the most severe conduct problems, anxiety, and hyperactivity as rated by their parents (Oner et al., 2010).

Not only are zinc levels lower in children with ADHD, but the extent of zinc deficiency is inversely correlated with symptom severity in those with ADHD.

Zinc supplements improve symptoms more than placebo and enhance the effectiveness of stimulant medications. When 400 ADHD children aged 6 to 14 were randomized to zinc sulfate 150 mg/day or placebo for 12 weeks, those taking zinc had significantly reduced symptoms of hyperactivity, impulsivity, and impaired socialization (Bilici et al., 2004). Similarly, when over 200 children were randomized to zinc 15 mg/day or to placebo for 10 weeks, those taking zinc saw significant improvement in attention, hyperactivity, oppositional behavior, and conduct disorder (Üçkardeş et al., 2009).

Studies also support zinc supplementation as an effective augmentation strategy, as it can help children achieve a therapeutic effect from their stimulant medications at lower dosages. In one study, children received zinc glycinate 15-30 mg/day or placebo. For two weeks, all children were given amphetamine 5-15 mg/day. Over the course of the next three weeks, the children continued the zinc or placebo while amphetamine was titrated. The children receiving zinc had better scores on neuropsychological tests, especially tests of impulsivity. The optimal weight-adjusted mg/kg/day amphetamine dose with zinc was 37% lower than with placebo. Likewise, the optimal absolute mg/day amphetamine dose with zinc was 43% lower than with placebo (Arnold et al., 2011).

The Hair Tissue Mineral Analysis test can be used to measure zinc and copper levels in the body. If these minerals are out of balance, supplementation is a simple correction. Children aged 12 and older should take 30 mg of zinc picolinate, twice daily, with meals. Children aged 6 to 11 years can take 15 mg, twice daily, with meals. It can take three to four months for zinc supplementation to restore a normal copper-zinc balance. Once zinc-copper ratios have been balanced, medication is less likely to cause side effects.

Correcting a child’s unique nutritional imbalances is integral to effectively treating his or her ADHD symptoms. Minerals are essential substances needed for physical and mental health. Zinc and copper are required to create neurotransmitters and are part of our antioxidant defense system protecting cells from free radical damage. Although minerals are crucial for growth and development, they must be maintained in an appropriate balance. Children with ADHD often present with low zinc, high copper, and/or high lead levels. Since zinc, copper, and lead directly affect the brain, these children suffer from inattention, aggression, hyperactivity, and learning problems. Correcting nutrient imbalances through supplementation is a safe and effective strategy to reverse attentional and behavioral symptoms.

James M. Greenblatt, MD, is the author of Finally Focused: The Breakthrough Natural Treatment Plan for ADHD that Restores Attention, Minimizes Hyperactivity, and Helps Eliminate Drug Side Effects. He currently serves as the Chief Medical Officer and Vice President of Medical Services at Walden Behavioral Care, and is an Assistant Clinical Professor of Psychiatry at Tufts University School of Medicine and Dartmouth Geisel School of Medicine. An acknowledged integrative medicine expert, Dr. Greenblatt has lectured throughout the United States on the scientific evidence for nutritional interventions in psychiatry and mental illness. For more information, visit www.FinallyFocusedBook.com 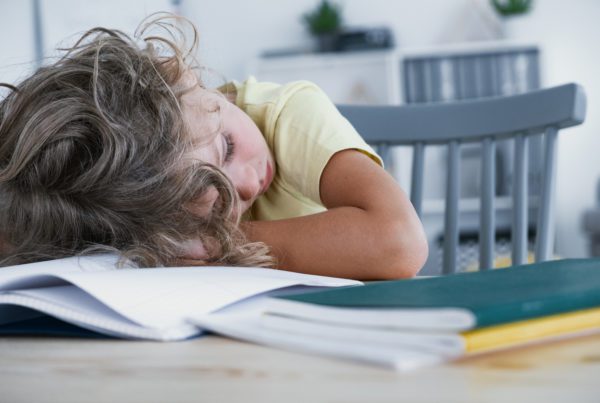 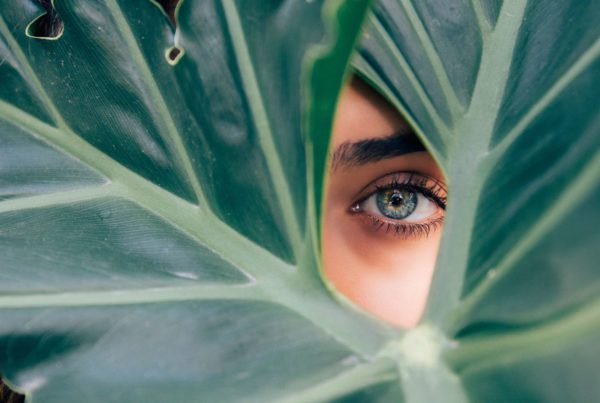 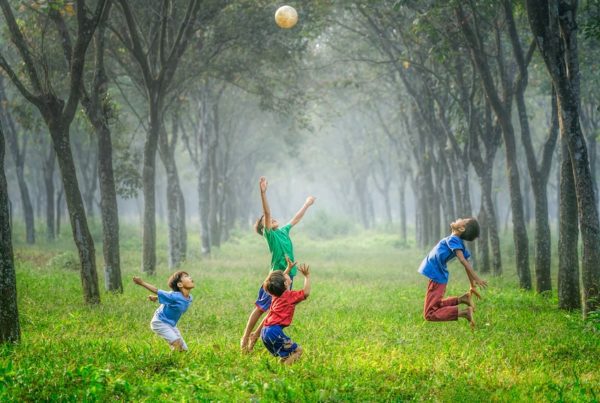