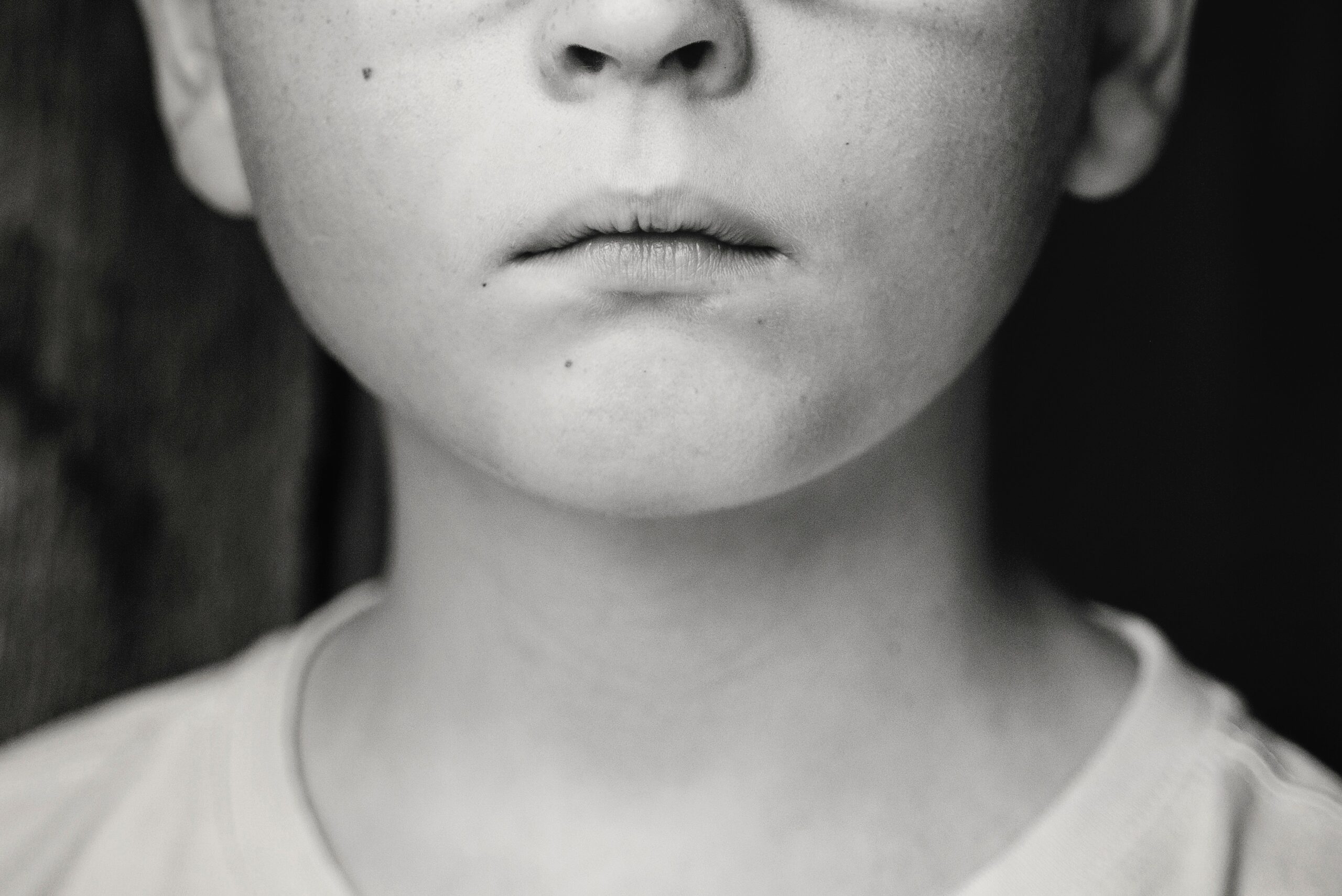 Anorexia Nervosa: Why We Are Failing Our Starving Children

Psychotherapy has been the first-line treatment for anorexia nervosa for more than a century. While of demonstrated utility in many psychiatric disorders, psychotherapy alone has often proven inadequate to treat anorexia.

The sad truth is that most patients with anorexia are at serious risk of relapsing, spiraling downward, even dying as a result of the medical community’s widespread overreliance on psychological therapies—therapies that completely overlook the malnutrition that underlies the illness.

Though they are often implemented first in anorexia treatment regimens, neither psychotherapeutic nor behavioral therapies have ever been shown to be consistently effective in double-blind, placebo-controlled trials. Instead, modalities such as family therapy, cognitive behavioral therapy, and dialectical behavior therapy are administered and pursued even as they ignore the neurobiology and physiology of starvation that often impede patients’ full engagement in psychotherapy in the first place.

This psychosocial and psychotherapeutic model, while utilized as the go-to treatment paradigm for anorexia nervosa, is associated with a relapse rate of nearly fifty percent and a fatality rate that far exceeds other psychiatric disorders.1-3

This is not success.

I am not suggesting that psychotherapy has no place in anorexia therapeutic regimens; what I am saying is that psychotherapy should not be the only approach as it, by itself, is inadequate. In many cases, the malnourished minds of nutrient-deficient patients simply cannot benefit from psychotherapy, often rendering the application of psychotherapy interventions futile and frustrating for patients and families alike . . . and they become further burdened with self-blame.

Anorexia treatment is much, much more likely to be successful using an approach that combines different modalities — modalities that treat mind and body and brain. Addressing underlying malnutrition, in tandem with psychotherapy, together comprises an approach that is comprehensive and successful.

Having treated thousands of patients with eating disorders over the last several decades, it has become painfully apparent to me that the mainstream healthcare apparatus misunderstands anorexia.

Psychiatrists and other medical professionals have confused the obvious effects of anorexia – depression, anxiety, obsessive and compulsive behaviors, etc. – with its causes. Thus, they are treating the depression, the anxiety, the panic attacks, the obsessive behaviors, and other psychological manifestations in an effort to quell the anorexia, when in fact it’s starvation that is causing these conditions in the first place.

A reorientation of the anorexia paradigm is beginning to garner support from researchers and clinicians around the world. In addition to the noteworthy efforts of Dr. Cynthia Bulik, who currently promotes a “metabo-psychiatric” model of the disorder, researcher Shan Guisinger, PhD has contributed significantly towards the refinement of an anorexia model that is based on evolutionary biology.4

Guisinger proposes that anorexia nervosa actually reflects a conserved adaptive mechanism that originally evolved as a biologic response to starvation. The earliest human ancestors (hominids), the remains of whom have been discovered in Tabarun, Logatham, Laetoli, and Hadar were all strongly associated by locale to grassland and bushland environments.5

While such environments surely presented numerous opportunities in terms of food gathering, they also presented our ancestors with a serious challenge: maintaining successful foraging strategies becomes difficult in habitats with significantly different seasons.5 In addition to contending with the apex predators that roamed the grasslands, early hominids had to contend with cyclic and sometimes drastic shifts in food abundance . . . which certainly involved bouts of famine.

Adaptive pressure inspires change to enhance the overall fitness of an individual and/or a species. In this case, repeated exposure to intermittent famine prompted the evolution of an adaptive mechanism in our ancestors – a mechanism that Dr. Guisinger believes is retained in modern humans.

In response to conditions of starvation, our bodies slow our metabolic rate by as much as forty percent and activate neuroendocrine and behavioral systems that increase our desire for food.6

For a short period of time these alterations are advantageous to survival, as they maximize the conservation of energy and amplify the food-seeking drive. If activated for too long a time, however, this mechanism can ultimately become disadvantageous.

Going into survival mode, the body begins to implement ever more extreme measures to save energy. Equally as serious, a heightened food-seeking drive can trigger obsessive thoughts and ruminations about food.6

Confusing Cause and Effect

Dr. Guisinger argues that the failures so often encountered by those attempting to navigate anorexia treatment within the mainstream healthcare apparatus arise, in part, from a profound lack of understanding – on the part of physicians – as to the evolutionary and biologic roots of anorexia. Evaluating symptoms is not enough to comprehend the totality of a disorder that affects mind and body; to target causes, we must comprehend the “how” and “why” of the disease.

Starvation-induced malnutrition has been and always will be a constant in anorexia nervosa, a fixed compass point that can be utilized to orient a comprehensive treatment paradigm that addresses mind and body.

Instead of focusing on known constants of anorexia, symptoms that are undeniably the result of self-starvation and undeniably associated with neurologic, metabolic, affective, and digestive dysfunction, mainstream medicine focuses on psychologic variables presumed – not confirmed – to be the root source of all a patient’s troubles.

By confusing cause and effect, and by omitting starvation-induced nutritional deficiencies from all therapeutic considerations, many physicians have in essence been looking in “the wrong end of the telescope.” Rather than bringing distant therapeutic targets closer, prevailing norms have forced a perspective wherein nearby objects appear to be very far away.

Among the many consequences of this down-side-up approach to a fundamentally biologic disorder is an emergent tendency to implement “fixes” to what are perceived as being the main “problems” of anorexia, i.e., observable symptoms. Few interventions exemplify this more than medications, for while there are currently zero medications that have been proven to effectively treat anorexia, medications have been and continue to be the keystones in many therapeutic protocols for anorexia.

Living as we do in an age of “quick fix” pharmaceuticals, many patients and their families are surprised to learn that there is no medication approved by the US Food and Drug Administration (FDA) to treat anorexia nervosa. Surprising, yes, particularly when the TV airwaves are dominated by direct-to-consumer advertising by pharmaceutical companies, marketing the newest drugs for common mental illnesses like depression, anxiety, and bipolar disorder.

Despite years of research, however, the pharmaceutical industry has not come up with a “magic bullet” for anorexia, for the simple reason that there is no convincing evidence that any medication effectively treats the illness.7,8

So, why are medications so commonly prescribed to patients with anorexia?

Unfortunately, the efficacy of medications as treatments for other psychiatric disorders often inspires some clinicians to develop assumptions—the assumption that what works for depression or anxiety will likely work for a patient with anorexia who happens to display some symptoms of depression and anxiety.

Having observed drugs such as antidepressants helping other types of patients, many healthcare providers—general practitioners and psychiatrists alike—often believe that the same drugs will work for anorexia. The research does not support this. And although anorexia has proven resistant to almost all forms of medication, psychiatrists worldwide continue to prescribe psychotropic drugs for anorexia, often as the primary treatment.

Psychiatrists who turn to medications are generally sincere in their desire to help patients recover. Yet psychotropic medications have been proven, time and time again, to be ineffective as stand-alone treatments for anorexia. They may alleviate some symptoms, and serve as helpful adjuncts to treatment, but they do not address the malnutrition that lies at the root of the disorder.

When ineffective treatments are applied, patients and their families waste energy, time, and money, and can ultimately become demoralized. The promise of recovery can seem, to them, to drift further and further away.

The answer is clear.

Nutritional repletion for malnourished minds is both commonsense and in line with everything we know to be true about the basics of human biology, and should be incorporated into the treatment plan of every patient seeking health, balance, and a life free from anorexia nervosa.

Stay in the loop!

Enter your email below to receive further enrollment details, offers and updates for the Fundamentals program.