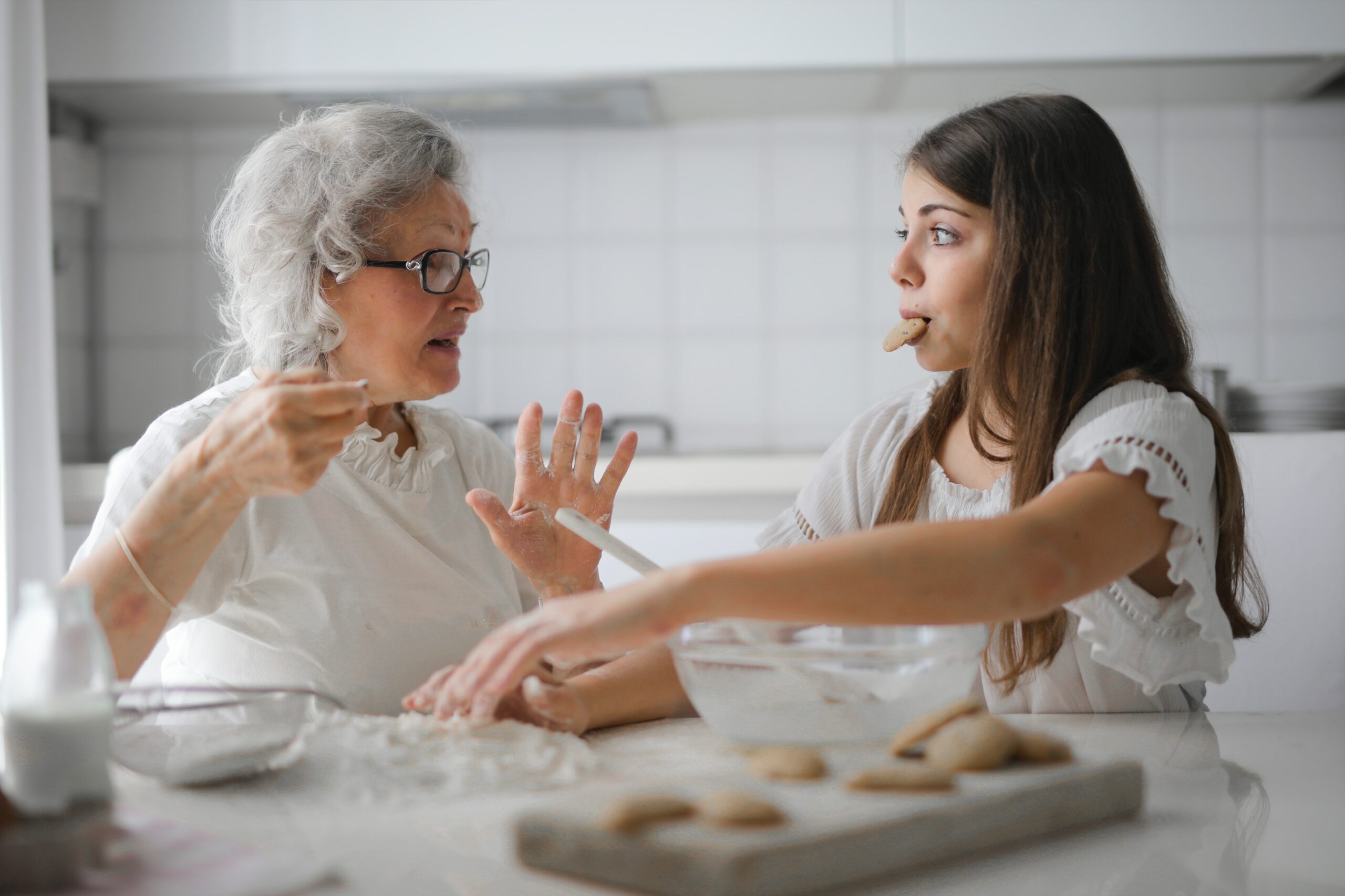 You Are Extraordinary: The Genetics of Appetite and Weight Control

This is about you.

You are unique. Specifically, you have biochemical uniqueness, a concept which extends to anatomy, the metabolism of vitamins and minerals, and pertinently, the management of appetite and weight control.

You Are What You Eat

“It’s in my genes.” Genes are the body’s blueprints, detailed instructions that create both body and mind.

Thanks to individual genetic makeup, each person is anatomically and biochemically unique, with his or her own way of responding to the environment. When a family sits down to enjoy dinner, each member actually tastes a different dinner because of the unique distribution of taste receptors in the tongue.

Undoubtedly, there is a relationship between genetics and a predisposition for food addiction. A survey of Overeaters Anonymous members conducted in the early 1990s found that a high percentage of overeaters or food addicts had at least one blood relative also addicted to food or alcohol.

But this and other research raises the age-old question of nature versus nurture. Do these striking correlations run in families because the trait of susceptibility to addiction is passed on genetically? Or is it transmitted in habits and attitudes through patterns of parenting?

Scientific research has demonstrated that differences in DNA predispose individuals to alcohol dependence. Now science has linked genes with food addiction as well. Researchers at the UCLA College of Medicine tested a sample of overweight subjects who exhibited a pattern of bingeing on carbohydrates. They found these subjects had exactly the same genetic aberration that had been established as a genetic marker for chemical dependency on alcohol.

Genetics is not destiny. There is a difference between the presence of genes and their expression. Having a set of blueprints in a library does not mean the designs contained within them will ever be used to build something. In other words, just having certain genes doesn’t mean that those genes will be expressed.

New scientific discoveries have dramatically shifted our understanding of genetics. We now know that some changes that occur in a person’s lifetime can, in fact, be passed on to the next generation or the next several generations.

Researchers at Duke University in 2006 examined a group of mice that carry the agouti gene. Mice with that agouti gene have a light yellow coat, eat larger quantities of food, and are prone to diabetes.

The researchers at Duke added nutrients to the diet of yellow-coated mother agouti mice during pregnancy. In only one generation, the offspring had normal appetites and were less likely to grow up to be obese adults, even though they still had the agouti gene! Genetically they were still pure agouti, but functionally they were not, all because of what their mothers ate.

While the blueprint for a building is unchanging and must be followed to the tiniest specifications, our DNA blueprint is only partially fixed. Some parts of it are unalterable, but other parts are more like ‘suggestions’ or ‘possibilities’ that are quite responsive to the environment, to our emotions, and to what we eat.

Epigenetic markers within genes evolve as an animal adapts to its environment. A methyl group is an example of an epigenetic marker. When enough methyl groups attach to a gene, they can turn the gene off. On the other hand, if the gene is attached to enough groups of acetyl, the gene is switched on. In this way, the genetic code is continually being rewritten.

Who rewrites your epigenetic code? To a large extent you do. You do so every day by eating what you eat, responding to stress the way you do, and otherwise interacting with your environment in your own unique way. The results may affect not only you, but also your unborn children.

The growing understanding of epigenetics has profound implications. The epigenome, a term which refers to the full complement of heritable changes to an organism’s genome that modify gene expression but do not alter the DNA sequence itself, can alter gene expression both negatively and positively. Lifestyle choices like the amount we eat, or smoking, for instance, do put our health at risk and predispose our children to disease and early death.

Researchers are studying links between nutrition and genetics in an effort to discover exactly how the thousands of substances present in food can influence the epigenome, and how that knowledge can be used to make personalized dietary recommendations. Essentially, these researchers are figuring out how to use nutrition to switch specific genes either on or off.

Every individual’s epigenome makes him or her absolutely, fundamentally unique. Even identical twins who begin life with identical genomes accumulate different epigenetic changes as they progress through life, especially if they have different life experiences and consume different diets.

Now that we understand every person is truly unique at the molecular level, medical science can work towards providing personalized medical treatments that will help target an individual’s unique traits. We will gradually turn the activity of genes up or down, like making adjustments in the balance of a stereo. This will be personalized medicine at its best.

Simple genetic tests, often done by a saliva collection, can inform clinicians of the most appropriate and effective treatment for the patient based on his or her unique genetic profile by analyzing genetic and biological markers. The results can predict weight gain and appetite disturbances that are associated with psychiatric medications.

One biological marker with growing interest in many fields of medicine is the methlentetrahydrofolate reductase (MTHFR) gene. The MTHFR gene is responsible for important biochemical reactions, including mood regulation as well as in appetite control, and those with a polymorphism (a variant caused by mutation) in this gene will be at a higher risk for mood-related disorders along with appetite disturbances.

Research has made it clear that some epigenetic switches are faithfully copied when sex cells divide, as well as when sperm and egg combine, thus ensuring that the newly created genome will already be influenced by an epigenome. More epigenetic changes may occur in the womb as the fetus is exposed to differing levels and types of nutrients, chemicals, alcohol, stress hormones generated by the mother’s body, and other factors.

You can see the inherited epigenome in action in fruit flies. For example, if one generation of fruit flies is exposed to the antibiotic geldanamycin, these flies will develop odd growths on their eyes—and so will the next thirteen generations of their offspring, even though the subsequent generations have no changes in their DNA. Similarly, feeding roundworms a certain kind of bacteria can make them small and dumpy, and these physical changes can last forty generations or more!

Master of Your Domain

Whether epigenetic changes are good or bad depends on what each specific epigenetic alteration actually accomplishes. In the case of the agouti mice, inheriting the epigenetic “switch” that turns off the “overeating and obesity gene” is very helpful. But some epigenetic alterations can also increase the risk of disease. Abnormal epigenetic markers have been identified in a number of different cancers, including those of the breast, prostate, cervix, and stomach.

We can now see how the epigenome is created and how it influences an individual’s life, as well as the lives of offspring, sometimes for multiple generations. Unfortunately, we have not yet been able to identify a single epigenetic change that leads to disordered eating, and we cannot zero in on a medicine, diet or other approach that will reverse that change.

What we can do is to set the stage for a helpful rather than a harmful epigenome by examining genetic markers like MTHFR, consuming a nutritious diet, reducing stress, and otherwise giving the body the tools it needs to build good health. At the same time, we can avoid dangerous habits and behaviors that might set up a deleterious change in the epigenome—a change that may be passed on to the next generation and beyond.

As we learn more about how each person is both unique and extraordinary, we will also be able to provide effective help biochemically tailored to the individual.

Our genes provide the blueprints for who we may become; they do not, however, determine who we are.