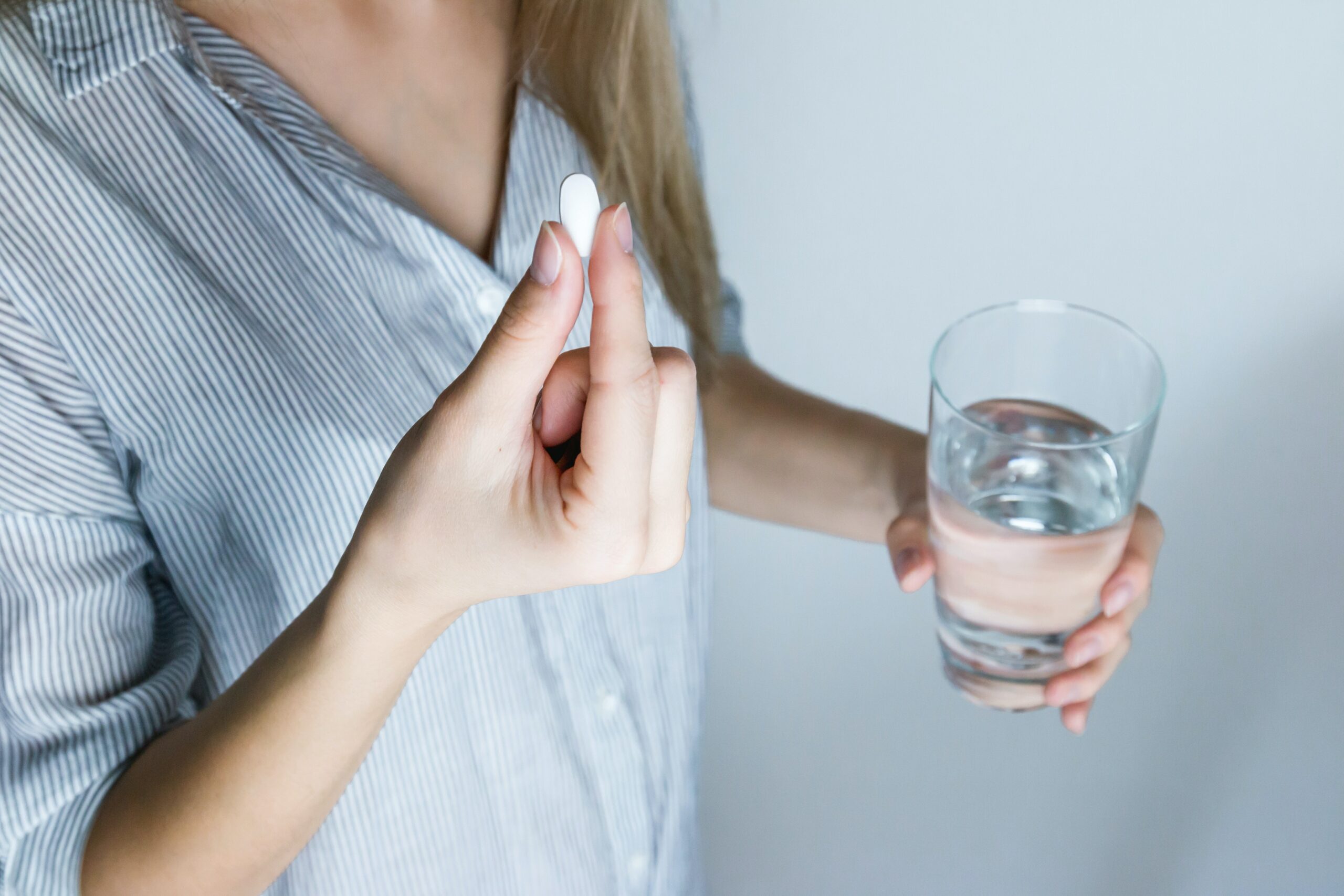 Is There a Role for Medications in Anorexia Treatment?

Anorexia nervosa is a complex disease that requires a carefully coordinated, personalized program for diagnosis and treatment. While conventional psychiatrists rely on medications to cure illness, anorexia poses a unique and concerning challenge:

There’s no medication proven to be effective in treating it.1-4

Consequently, there are glaring inconsistencies in terms of prescribing practices for the disorder, and an absence of any standard of care across the medical community.5-9

One eating disorder program may favor antidepressants as a first-line medication, while another may prescribe antipsychotics first. In some cases, medications are minimally prescribed (if at all) as program clinicians favor a “food as medicine” approach; in others, this approach is flipped.

I have observed the polypharmacy approach, in which patients take multiple different medications simultaneously—a pill for depression, a pill, perhaps, for anxiety, and more pills for sleep. Often these drugs are prescribed on the basis of educated guesswork, as no research supports the use of any medication or any combination of medications in anorexia.

Without solid scientific guidance, medical consensus, or lab testing to guide him or her, a psychiatrist must make these educated guesses based on personal preference, clinical experience, and/or a patient’s symptoms.

The patient might be started on one medication, but when he or she fails to improve or relapses—as frequently happens—doses are increased and new medications are added, typically without discontinuing any previous medications. Soon, a patient may find herself on three, four, or five psychiatric medications, all of which come with potential side effects.

Because a vast majority of patients with anorexia—nearly ninety percent—suffer from depression, it is no surprise that antidepressants are the most frequently prescribed medication for treatment.10 Psychiatrists prescribe these medications in the hope that alleviating a patient’s depression will also relieve anorexia symptoms. While antidepressants can certainly be effective for reducing or eliminating depression, they should “only be used as adjunctive treatment to nutritional restoration and psychotherapy,” according to a 2018 literature review.11

Antidepressants work by regulating the levels or activity of neurotransmitters like serotonin, norepinephrine, and dopamine, the chemicals in the brain that carry signals from one nerve cell to another. These hormones are constantly being released into the space between nerve cells (synapse) and then reabsorbed. Higher levels of certain neurotransmitters can be associated with an elevation in mood. Each class of antidepressant slows the cellular reuptake of specific neurotransmitters, allowing their levels to build up in the brain to produce a mood-elevating effect.

The tricyclic antidepressants, or TCAs, were discovered inadvertently in the 1960s by researchers searching for more effective medications with which to treat schizophrenia. TCAs treat depression by prolonging the mood-enhancing effects of norepinephrine and serotonin in the brain. Unfortunately, their broad activity can negatively impact some patients, causing a high incidence of side effects.

SSRIs, first developed in the 1990s, slow the reabsorption of serotonin into the nerve cells of the brain, allowing serotonin to accumulate in neural tissues and exert its antidepressant effects for a longer period of time. SSRIs act primarily on serotonin, not other neurotransmitters. Two of the most well-known SSRIs, Zolof and Prozac, have been among the most frequently prescribed drugs in the United States for years.12

SSRIs have many side effects that patients and families do need to be aware of. Most significantly, SSRIs have been linked to an increased risk of suicide in young patients.13

Conclusive research evidence supporting the efficacy of SSRIs as a treatment for anorexia does not exist. The largest medication trial of SSRIs in patients with anorexia to date was reported in the Journal of the American Medical Association in 2006.14 Once the study data were analyzed, the results were quite clear: across almost all measures, including time-to-relapse, body mass index, and clinical measures of depression, the two groups were not significantly different.

The researchers concluded that “This study failed to demonstrate any benefit from fluoxetine in the treatment of patients with anorexia nervosa following weight restoration.”14

Atypical antidepressants act on different neurotransmitters (dopamine, serotonin, or norepinephrine, or a combination of two of them) and have varying mechanisms of action. For instance, the medication Wellbutrin blocks the reuptake of dopamine, while the medications Effexor and Cymbalta block the reabsorption of both serotonin and norepinephrine.

Like the SSRIs, some of the atypical antidepressants, such as Wellbutrin, Remeron, Serzone, and Effexor, come with a “black-box” warning. Children and adolescents who take these medications may experience an increase in suicidal thoughts, placing them at a higher risk for suicide.

Individuals with anorexia can also experience delusional thought processes. Anorexia patients may harbor striking misperceptions about their own size and shape, insisting that they are fat when, in reality, they are dramatically underweight. Many patients also describe an “inner voice” ordering them to refrain from eating.

Addressing these delusional symptoms with medications is another potential strategy for reaching a severely ill patient with anorexia. By loosening the stranglehold of irrational beliefs, a patient can slip out from the grips of delusional thinking.

I have found antipsychotics to be helpful for severely ill patients with anorexia who have been chronically resistant to other forms of treatment. I have had success with small doses of these medications, even in children. When a child is so sick that she may die without treatment, using an antipsychotic in the short term can mean the difference between life and death.

Although a small number of studies have shown that different antipsychotics may benefit patients with anorexia, Zyprexa has been the most studied antipsychotic medication.16-18 It has been observed to decrease depression, reduce anxiety, and decrease distorted body perceptions in some patients.

A recent clinical trial explored the efficacy of Zyprexa in alleviating symptoms of anorexia nervosa in adults.16 This randomized, double-blind, placebo-controlled trial was conducted at five different study sites in North America and included 152 adult outpatients, a majority of whom were women. Study subjects were randomly assigned to receive Zyprexa or a placebo for sixteen weeks, during which various parameters of physical and psychological health were monitored. While at study conclusion no significant differences in psychological symptoms were observed between subject groups, the increase in body mass index over time was found to be greater in the Zyprexa group.

Although modest, the therapeutic effect of Zyprexa documented in this trial is a notable finding, as achieving change in weight is notoriously challenging in anorexia nervosa.17 It should be noted, however, that because this study included only adult anorexia patients, the implications of these findings can necessarily be extended to child or adolescent populations.

Antipsychotic medications should not be dismissed in patients whose symptoms require twenty-four-hour supervision in a residential or inpatient hospital setting.

If anorexia has consumed all rational thought processes and entrenchment of the disorder seems likely, antipsychotics may help and should be considered, as untreated anorexia is potentially life-threatening. In children, low doses of Zyprexa usually work best. In adults, low doses of Risperdal or Seroquel can also occasionally be helpful. At sufficiently low doses, most side effects are typically avoided. If a patient develops any concerning side effects, I stop the medication immediately.

The Road to Recovery

When I first started practicing medicine, I would only use antipsychotics after a second or third re-hospitalization for anorexia. Now, with the benefit of hindsight, I often use these medications on an individual’s first admission if he or she cannot eat due to intrusive or obsessive thoughts. In my experience, I have found that low-dose Zyprexa (1.25 to 5 mg) to be truly lifesaving in children and adolescents with severe symptoms that require hospitalization. I have not observed such dramatic and impressive outcomes in adult patients with anorexia.

Readers should note that my use of Zyprexa is based on my own clinical experience, which I have amassed over the course of decades. The actual scientific research on the therapeutic utility of antipsychotics for anorexia is minimal and, again, there are zero medications approved by the FDA specifically for the treatment of anorexia nervosa.

In my experience, antipsychotics are not usually necessary over the long term for most patients. After three to six months, when patients have made sufficient progress in recovery and their underlying nutritional deficiencies have been corrected, antipsychotics should be discontinued.

You can’t beat anorexia with medication alone. When a patient is receiving the correct nutritional supplements and the proper medication, recovery is possible, and the realization of health becomes a reality. The runaway train of irreversible health consequences finally comes to a stop.