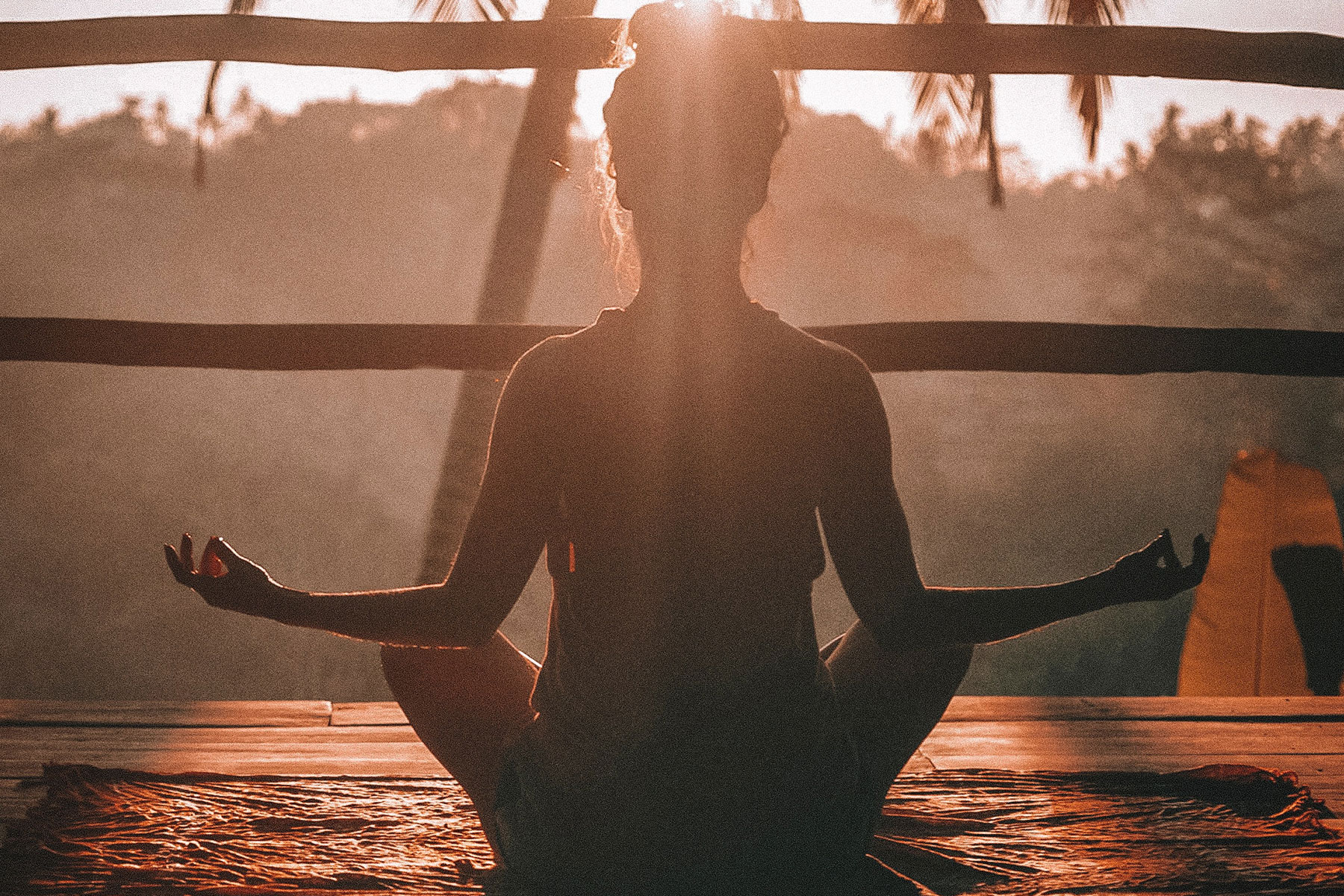 Magnesium is a cofactor in more than 325 enzymatic reactions—in DNA and neurotransmitters; in the bones, heart and brain; in every cell of the body. Unfortunately, a deficiency of this crucial mineral is the most common nutritional deficiency I see in my practice as an integrative psychiatrist. Fortunately, supplementation with magnesium is the most impactful integrative treatment I use, particularly in depression and attention deficit hyperactivity disorder (ADHD).

Why is magnesium deficiency so common, and why is restoring the mineral so essential to mental and emotional well-being and behavioral balance? The rest of this article addresses those two questions, and presents aspects of my therapeutic approach.

The population is deficient in magnesium—found abundantly in whole grains, beans and legumes, nuts and seeds, and leafy greens, as well as cocoa and molasses—for several reasons.

Soil depletion. Intensive agricultural practices rob the soil of magnesium and don’t replace it. As a result, many core food crops—such as whole grains—are low in magnesium. A recent paper in Crop Journal put it this way: Magnesium’s “importance as a macronutrient ion has been overlooked in recent decades by botanists and agriculturists, who did not regard Mg deficiency in plants as a severe health problem. However, recent studies have shown, surprisingly, that Mg contents in historical cereal seeds have markedly declined over time, and two thirds of people surveyed in developed countries received less than their minimum daily Mg requirement.” [1]

Food processing. Magnesium is stripped from foods during food processing. For example, refined grains—without magnesium-rich germ and bran—have only 16% of the magnesium of whole grains. [2]

Other factors. Many medications—such as medications for ADHD—deplete magnesium. So does the intake of alcohol, caffeine and soft drinks.

The result: In 1900, the average intake of magnesium was 475 to 500 mg daily. Today, it’s 175 to 225 mg daily. Which means that only one-third of adult Americans get the daily RDA for magnesium—320 mg for women, and 420 mg for men. (And many researchers consider the RDA itself inadequate.)  And that magnesium deficit causes deficits in health. Magnesium deficiency has been cited as contributing to atherosclerosis, hypertension, type 2 diabetes, obesity, osteoporosis and certain types of cancer. [4] But detecting that deficiency in laboratory testing is difficult, because most magnesium in the body is stored in the skeletal and other tissues. Only 1% is in the blood, so plasma levels are not a reliable indicator. That means a “normal” magnesium blood level may exist despite a serious magnesium deficit. An effective therapeutic strategy: Assume a deficit is present, and prescribe the mineral along with other appropriate medical and natural treatments. That’s particularly true if the patient has symptoms such as anxiety, irritability, insomnia and constipation, all of which indicate a magnesium deficiency.

Some of the highest levels of magnesium in the body are found in the central nervous system, with studies dating back to the 1920s showing how crucial magnesium is for a balanced brain…

In summary, the body needs magnesium to create neurotransmitters (biosynthesis) and for those neurotransmitters to actually transmit. Magnesium also acts at both the pituitary and adrenal levels. In the pituitary gland, it modulates the release of ACTH, a hormone that travels to the adrenal glands, stimulating cortisol release. In the adrenal gland, it maintains a healthy response to ACTH, keeping cortisol release within a normal range. As a result, magnesium is a must for maintaining the homeostasis of the HPA axis. Given all these key mechanisms of action, it’s not surprising that a lack of the mineral can produce psychiatric and other types of problems. The patient may have: Difficulty with memory and concentration. Depression, apathy and fatigue. Emotional lability. Irritability, nervousness and anxiety. Insomnia. Migraine headaches. Constipation. PMS. Dysmenorrhea. Fibromyalgia. Autism. ADHD. Fortunately, studies show that magnesium repletion—restoring normal levels of the mineral—produces positive changes in mood and cognition, healthy eating behavior, healthy stress responses, better quality of sleep, and better efficacy of other modalities, such as medications. Let’s look at two areas in which magnesium supplementation is particularly effective: Depression and ADHD.

A cross-sectional, population-based data set—the National Health and Nutrition Examination Survey—was used to explore the relationship of magnesium intake and depression in nearly 9,000 US adults. Researchers found significant association between very low magnesium intake and depression, especially in younger adults. [5] And in a recent meta-analysis of 11 studies on magnesium and depression, people with the lowest intake of magnesium were 81% more likely to be depressed than those with the highest intake. [6] In a clinical study of 23 senior citizens with depression, low blood levels of magnesium and type 2 diabetes, magnesium was compared to the standard antidepressant medication imipramine (Tofranil)—one group received 450 mg of magnesium daily and one group received 50 mg of imipramine. After 12 weeks, depression ratings were equally improved in both groups. [7] In my practice, I nearly always prescribe magnesium to a patient with diagnosed depression. You can read more about the integrative approach to depression in Integrative Therapies for Depression: Redefining Models for Assessment, Treatment and Prevention (CRC Press), which I co-edited, and in Breakthrough Depression Solution: Mastering Your Mood with Nutrition, Diet & Supplementation (Sunrise River Press, 2nd Edition).

Magnesium deficiency afflicts 90% of all people with ADHD and triggers symptoms like restlessness, poor focus, irritability, sleep problems, and anxiety. These symptoms can lessen or vanish one month after supplementation starts. Magne­sium can also prevent or reverse ADHD drug side effects. That’s why all of my ADHD patients get a prescription for magnesium. For adolescents, I typically prescribe 200 mg, twice daily. For children 10 to 12, 100 mg, twice daily. For children 6 to 9, 50 mg, twice daily. Typically, I recommend magnesium glycinate, using a powdered product. I describe my entire approach to magnesium and ADHD (and to the disorder’s overall integrative treatment) in my book Finally Focused: The Breakthrough Natural Treatment Plan for ADHD That Restores Attention, Minimizes Hyperactivity, and Helps Eliminate Drug Side Effects. (Forthcoming from Harmony Books in May 2017)

I have found that 125 to 300 mg of magnesium glycinate at meals and a bedtime (four times daily) produces clinically significant benefits in mood. (This form of magnesium is gentle on the digestive tract.) 200 to 300 mg of magnesium glycinate or citrate before bed supports sleep onset and duration through the night. You can also find magnesium in powder or liquid form, which are effective alternatives to capsules, particularly for children with ADHD. Ways to increase the bioavailability of magnesium include: Supplementing with vitamin D3, which increases cellular uptake of the mineral. Vitamin B6 also helps magnesium accumulate in cells. Taking the mineral in divided doses instead of a single daily dose. Taking it with carbohydrates, with improves absorption from the intestine. And taking an organic form, such as glycinate or citrate, which improves absorption by protecting the mineral from antagonists in the digestive tract. Avoid giving magnesium in enteric-coated capsules, which decreases absorption in the intestine.

Magnesium oxide is poorly absorbed and tends to cause loose stools. Magnesium-l-threonate has been shown to readily cross the blood-brain barrier, and animal studies show that it supports learning ability, short and long-term memory and brain function, I don’t typically prescribe it, however, because of its higher cost, and the clinical effectiveness of other forms. The therapeutic response to magnesium typically takes several weeks, as levels gradually increase in the body.