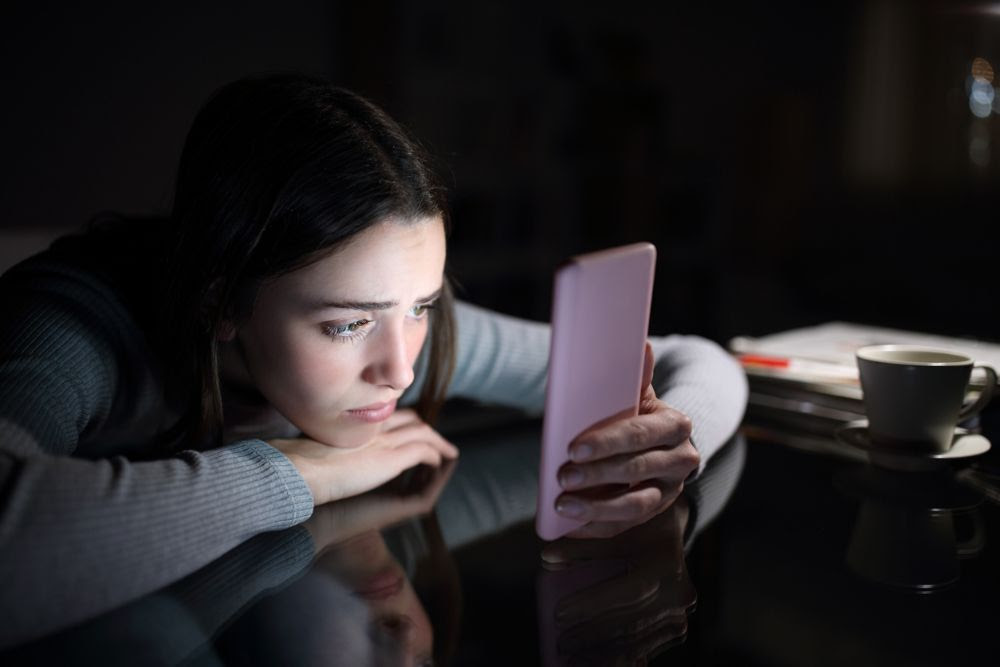 In their December 2021 article, “The Corpse Bride Diet,” investigators of the Wall Street Journal (WSJ) describe an experiment they recently conducted to plumb the depths of user targeting by TikTok (it is believed that 7 in 10 U.S. teens use TikTok at least once per month).1-3 The journalists created over 100 TikTok accounts, 12 of which were bots registered to 13-year-olds. These bots spent time exploring video content related to alcohol, gambling, and weight loss, self-directing their browsing activities as any human user might do.

Then, the bots suddenly shifted their focus to concentrate exclusively on videos about weight loss.

As documented by WSJ, TikTok’s algorithm responded immediately to this shift, dramatically increasing the number of weight loss videos suggested and forcing “weight loss” to the center of the bots’ “user experiences.” By the end of the experiment, the WSJ investigators found that of the 255,000 videos that the bots watched in total, 32,700 contained a description or metadata that matched a list of hundreds of keywords pertaining to weight loss.1,2

Extrapolated to characterize real-life circumstances, these results indicate that even casual exploration of weight-loss or dieting videos by users inspires TikTok to release a “virtual avalanche,” bombarding users with ever more focused content on the same topic(s).

“TikTok is flooding teen users with videos of. . . weight-loss competitions . . . that health professionals say contribute to a wave of eating-disorder cases spreading across the country”.1

Naturally, “The Corpse Bride Diet” has inspired the latest round of finger-pointing at TikTok, laying a portion of the blame for what are – legitimately – disturbing national eating disorder trends at the feet of social media. WSJ’s findings are concerning, as are results of recent studies showing clear associations between disordered eating behaviors, body image dissatisfaction, negative affect, and social media use.4-7 More research is needed to uncover the “how” linking specific facets of social media engagement with disordered eating outcomes.8

What WSJ, Facebook whistleblower Francis Haugen, and a growing number of investigators have revealed, however, is that TikTok and other platforms very much deserve a critical spotlight regarding their orchestrated targeting of adolescent users.

The implications here are serious. Eating disorders are, together, the most lethal ailments known to psychiatric medicine, and illnesses for which the modern therapeutic arsenal is limited.

Anorexia nervosa, for example, which claims the macabre title of “highest patient fatality rate of all psychiatric disorders,” is associated with a relapse rate of upwards of 50% within the first year following treatment.9-15  Five to ten percent of those with anorexia die within a decade of initial diagnosis – a figure that increases to between 18-20% by the two-decade mark.15,16

There is currently no medication approved by the FDA for the treatment of anorexia, and reigning anorexia treatment models are devoid of psychotherapeutic modalities that have been demonstrated to be consistently effective.

In tandem with reports pouring in from around the globe documenting sharp increases in eating disorder patient referrals and inpatient admissions during the COVID19 pandemic (a clinical team in Australia, for example, has observed a 104% increase in the number of children with anorexia requiring hospital admission), these statistics expose a grim reality.17,18

“Crisis” is the term proffered by noted experts Walter Kaye, MD, and Cynthia M. Bulik, PhD in reference to the current state of affairs in the treatment of anorexia and other eating disorders. . . a word that we maintain is absolutely appropriate.9

What’s To Be Done?

Going after TikTok and other social media platforms is, while certainly necessary and the “easy” answer, it is unlikely to affect significant change against the backdrop of fast-rising eating disorder rates.

And although their medium of transmission has evolved over the decades, psychosocial and sociocultural influences on self-evaluation, aesthetics, and eating behaviors have always been a part of the etiologic equation insofar as eating disorders are concerned.

The targeting and content flooding of adolescents by social media platforms must be addressed, but we cannot ascribe sole blame to them for what we know to be complex, multifactorial mental illnesses to any singular factor or entity.

In describing the pathogenesis of mental illness, the analogy of “fire” becomes quite apt. Biologic factors such as genetic vulnerabilities and nutritional deficiencies are “kindling,” as are environmental and psychosocial factors like family relationships or exposures to allergens or toxins.

As a kindling bundle grows, it may also be doused with the “gasoline” of external factors (such as social media influences or the media’s promulgation of the “thin = beautiful” aesthetic), becoming increasingly volatile…and increasingly susceptible to sparks that may set the pile aflame. Of course, every person is unique, and we cannot predict how much “kindling” is too much for any one patient. But it is undeniable that the presence of kindling increases the likelihood of fire.

A viable answer? Remove kindling. In so doing we substantially diminish the probability of an uncontrollable blaze. In application, this means enacting proactive measures for eating disorder prevention at multiple levels.

The government could potentially mandate that social media platforms implement stricter safeguards to curb the targeting of adolescent users. With regard to the WSJ’s investigations, the spotlight shone on TikTok by the WSJ seems to have inspired action already.

TikTok has announced that it is working to implement changes that will stop content “rabbit holes” from forming, and is also testing a new tool that will permit users to block videos containing certain keywords or hashtags from appearing on their homepages.2

On a grander scale, government-level health entities could also support nationwide measures that “turn the telescope” around, as it were, on eating disorder prevention.

Instead of focusing myopically on systems that address already-existing pathologies, we might focus more on preventing disordered eating behaviors from becoming entrenched in at-risk individuals in the first place.

While curbing social media platforms’ often-predatory content flooding of adolescent users is an excellent step to take, research reveals that there are, in fact, many opportunities to effect change in established paradigms, and take meaningful steps towards curtailing the tragedy of an ongoing global eating disorder crisis.

Make no mistake: it is a crisis. Treatment for anorexia presently confers only limited protection against future mortality; again, upwards of 50% of anorexia patients relapse within one year of initiating treatment and 5-10% die within a decade of initial diagnosis.15,16

Eating disorders burden the U.S. economy to the tune of over $65 billion per annum, and despite significant scientific advances* across the fields of genetics, bioinformatics, and systems biology, mainstream treatments that target the core biologic underpinnings of these ailments do not yet exist.9,19

Anorexia and other eating disorders are potentially life-threatening illnesses that inflict crushing damages upon the human body, mind, and spirit.

Any opportunity to prevent these disorders must be construed as a public health initiative of the very highest priority, as well as an opportunity to evolve current treatment models along a path illuminated by science.