A Course by James Greenblatt, MD

$259
(Course registration fee subsidized by the International Society for Orthomolecular Medicine)
Schizophrenia is a variable and multifactorial mental disorder producing a spectrum of symptoms ranging from odd but harmless behavioral abnormalities to full psychosis.  Such dynamic symptomatic presentations, in tandem with research supporting a biological model of schizophrenia pathogenesis and pathophysiology, invite functional medicine treatment approaches that emphasize biochemical individuality and the mitigation of etiologic risk factors.

This five-module course incorporates the classical theories of orthomolecular medicine into modern nutritional psychiatry, presenting decades of research evidence supporting the utility and efficacy of integrated approaches to the treatment of schizophrenia.  Micronutrient deficiencies, toxic neurochemical aggregations, systemic inflammation, and other etiologic factors will be elucidated in regard to the mechanisms through which they precipitate neurologic dysfunction, and addressed through comprehensive functional medicine protocols for use in clinical practice.

This course was developed with support from the International Society for Orthomolecular Medicine.

Module 1 will begin with an examination of schizophrenia in modern psychiatry, tracing extant therapeutic models back to their origins in the early 1900s.  Research, commercial, and social contributors to the rise of pharmaceutical modalities will be objectively reviewed and linked to current approaches that continue to rely on antipsychotic medications as first-line treatments.  Flaws inherent in the reigning therapeutic paradigm, in tandem with recent statistics revealing that less than ten percent of schizophrenic patients recover with mainstream methods, provide a powerful rationale for change.  Next, the question of what schizophrenia is at a biologic level will be explored in light of etiologic theories and cutting-edge neuroimaging research revealing distinct structural and functional abnormalities in the schizophrenic brain.  This research, in tandem with studies demonstrating genetic and epigenetic influences on susceptibility and presentation, reveals schizophrenia to be a dynamic accumulation of innate and acquired biochemical deficits.  A review of the history of pellagra and the subsequent rise of orthomolecular theory will reinforce the association between nutrition and menta health.  Finally, a new integrative care model for schizophrenia will be introduced, a model that targets brain and body, emphasizes the mitigation of environmental toxins, utilizes integrated therapies, and empowers patients to become active participants in their own recovery.

2. A History of Orthomolecular Medicine

Module 2 will begin with an in-depth exploration of the research, practice, and pioneering efforts of Linus Pauling, Carl Pfeiffer, and Abram Hoffer, the founders of orthomolecular theory.  The work of all three physicians towards the elucidation of schizophrenia pathogenesis will be described in detail, as well the discoveries which contributed to the refinement of a biologic model of the disorder.  Abram Hoffer’s megavitamin therapy and its documented successes in the treatment of psychotic disorders provide support for current orthomolecular approaches, and a review of Hoffer’s work will segue into an examination of the use of niacin, vitamin C, and N-acetyl-cysteine (NAC) in integrative protocols for schizophrenia.  The forms and functions of each nutrient will be discussed, with a special focus on the mechanisms through which it affects neurologic and neuroendocrine pathways.  Empirical evidence from clinical trials, case studies, and meta-analyses demonstrating the efficacy of niacin, vitamin C, and NAC supplementation will be objectively reviewed, and guidelines for testing, dosing, and titration will be presented in accordance with THE ZEEBRA approach.

Building upon the work of Pauling, Pfieffer, and Hoffer, recent studies geared towards plumbing the etiologic depths of schizophrenia and psychosis have revealed that numerous micronutrient imbalances can contribute to symptomatic presentations.  Genetic and epigenetic factors influencing nutrient metabolism and pharmacodynamic response are also implicated, particularly those resulting in biochemical deficits or accumulations that can alter neurotransmission and energy homeostasis.

This module is devoted to an examination of several key micronutrients that research has strongly associated with schizophrenic presentations: B vitamins (folate, vitamin B6, and vitamin B12), vitamin D, and the essential mineral zinc. The metabolic pathways through which each nutrient contributes to optimal physiologic and neurologic health will be defined, and factors influencing its absorption and bioavailability will be elucidated.  Studies illustrating the pathologic ramifications of nutrient imbalances will be reviewed and linked to current orthomolecular models of schizophrenia etiology.  Biomarkers that can guide and inform treatment will be discussed, supporting the rationale for the use of objective biologic testing in integrated psychiatric approaches.  Strategies for achieving nutrient repletion and functional balance, inclusive of dosing and titration guidelines, will also be reviewed.

The role of systemic inflammation in psychiatric pathologies and symptomatic presentations are a key focus of this module, which will begin with an examination of oxidative stress.  Environmental, biochemical, and genetic factors known to contribute to oxidative stress will be explored, and well the impacts of free radical aggregation on cellular and mitochondrial function.  Immunologic dysregulation contributing to inflammatory responses will then be discussed, with a special emphasis on detectable biomarkers of inflammatory status and their associations with psychiatric disorders.  Treatment implications of the many interrelationships demonstrated to link immune function, cell function, and oxidative stress will be elucidated from a functional medicine standpoint.  The neurologic sequelae of food hypersensitivities – including allergies, intolerances, and adverse reactions – will be explored, as will the mechanisms through which food sensitivities can contribute to inflammatory processes.  Next, the pathophysiology and therapeutic repercussions of celiac disease will be elucidated, bringing to the forefront of discussion the long-established link between diet and mental health.  Dietary habits and metabolic alterations resulting in elevations of the neurotoxic peptides casomorphin and gliadorphin will be examined, along with factors influencing the digestion, absorption, and transport of proteins.  The module will conclude with a review of the gut-brain axis, the role of gut microbiota in neurologic health, and the implications of gut dysbiosis as they pertain to integrative treatment strategies for schizophrenia.

5. Orthomolecular Models for the Treatment of Schizophrenia

This module will begin with an examination of prominent theories informing current functional medicine approaches to schizophrenia treatment.  Horrobin’s Neurodevelopmental Hypothesis and the Phospholipid Hypothesis will be objectively reviewed along with scientific evidence supporting their validity as etiologic models, and the clinical implications of phospholipid dysfunction discussed.  Next, the roles and biologic functions of essential fatty acids (EFAs) and cholesterol will be explored in detail, and the vital nature of dietary lipids substantiated through analyses of studies demonstrating the detrimental effects of fatty acid depletion and the mental health benefits conferred through supplementation.  The implications of biochemical individuality in lipid screening and supplementation protocols will be discussed, as will the clinical utility of biomarker testing to assess lipid status in patients presenting with schizophrenia.  After a review of the amino acids glycine and taurine, lately identified as potential targets for functional medicine interventions, the module will conclude with an objective review of non-drug treatments that have emerged in recent years and a holistic analysis of the most influential factors in schizophrenia recovery. 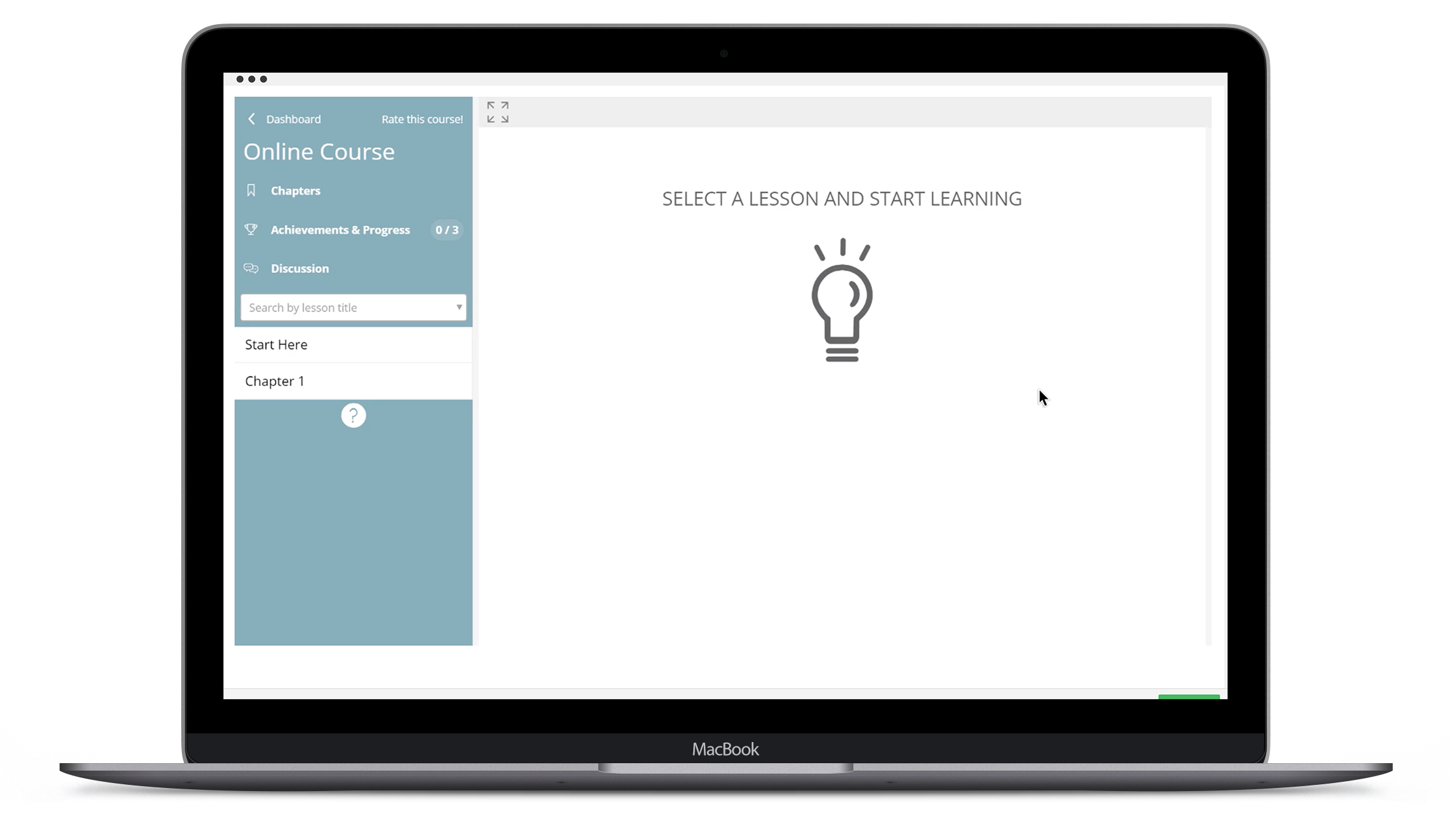 Upon completion of this course, participants will be able to: